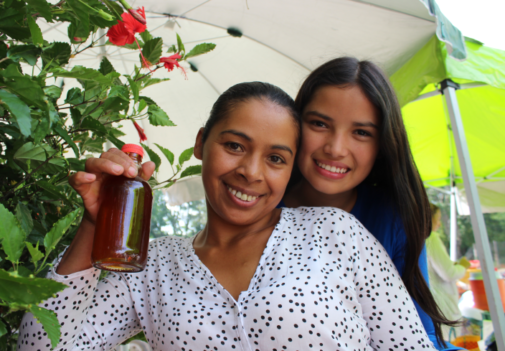 2018 ended on an inspiring and hopeful note, with the groundbreaking adoption of the United Nations Declaration on the Rights of Peasants and Other People Working in Rural Areas, at the United Nations General Assembly. This was a win for all of us and we congratulate our comrades in social movements and organisations such as La Via Campesina, the Indonesian Peasant Union (SPI), FIAN, CETIM and many others that worked so hard to turn this dream into reality.

Despite this hard-won victory, the first quarter of 2019 has seen continued threats to forest dependent peoples, in particular in India, where millions of indigenous forest dwellers are threatened with eviction , potentially losing their homes, land and livelihoods. We acted together with our allies and staff in India to defend India’s forests and forest peoples, and to defend the historic Forest Rights Act.

For International Women’s Day, together with Fundaexpresión, our Women2030 partner in Colombia, we presented a powerful photo essay highlighting the key role that women play in biodiversity conservation and the challenges they face. Over the past few months we have also published a number of blog articles on significant events that GFC has had a presence at: an analysis of gender-responsive measures in the CBD’s Post-2020 Biodiversity Framework; how the negotiations were captured by big business and human rights abuses ignored at the last climate COP in Poland; and a look at the Green Climate Fund (GCF) and how, since it’s latest board meeting, REDD+ projects are featuring heavily in it.

On this last point, our advocacy work within the GCF process has continued, and we were particularly disappointed that a REDD+ project submitted by the Brazilian Government was approved at its last board meeting. This is a very worrying sign, and preventing future projects of this sort from receiving support through the GCF will be a strong focus for us over the coming months. The publication in February of “Agents, Assumptions and Motivations Behind REDD+: Creating an International Forest Regime”, a book by our director, was a timely reminder of the many problems with this top-down process that is so open to being co-opted by the private sector.

GFC also had a strong presence at UNEA4 in Nairobi, through the Women’s Major Group, and participated in various prep and regional meetings for it too. Several of our European members attended the Forest Movement Europe meeting and the connected International Biomass Working Group, which took place in Slovakia, and our member group Biofuelwatch took the lead in coordinating a joint response to an important consultation on the EU’s new action plan against deforestation and forest degradation.

And finally, from 18 to 21 March, 32 representatives of local community groups, women’s groups and NGOs gathered for a West African skillshare on gender-sensitive community-based forest conservation and restoration initiatives, and a strategy meeting on bioenergy developments. The event was hosted by GFC member group Amis de la Terre-Togo and, on International Day of Forests, the final day of the event, participants issued a statement calling on the international community to “Respect traditional knowledge and promote community-led conservation”.

We hope you enjoy this edition of Roots, and we would like to encourage our members to submit your news, publications and events for future editions. It’s easy, just e-mail us and we’ll include it!

“Gender is not Plan B!” Advancing gender-responsive measures in the CBD’s Post-2020 Biodiversity Framework (12 January)

We encourage all of our members to send us your news, whether it be an event, a blog, a testimony, a photo essay or your press releases. We can help to share your campaign materials!
Contact us: gfc@globalforestcoalition.org