On International Day of the World’s Indigenous Peoples, celebrate pastoralism as an alternative to unsustainable livestock production

We celebrate International Day of the World’s Indigenous Peoples each August 9th, but the human cultures that have conserved biodiversity since time immemorial should be celebrated year-round. Indigenous Peoples and local communities are the custodians of around 80% of the world’s biodiversity, and their rights and vital role as ecosystem protectors should be legally recognized and upheld. However, their traditional practices are often stigmatized and criminalized. Shockingly, 40% of the 212 environmental defenders murdered in 2019 (the highest number yet, and an average of more than four people a week) were from Indigenous communities, even though Indigenous Peoples make up only 5% of the world’s population. 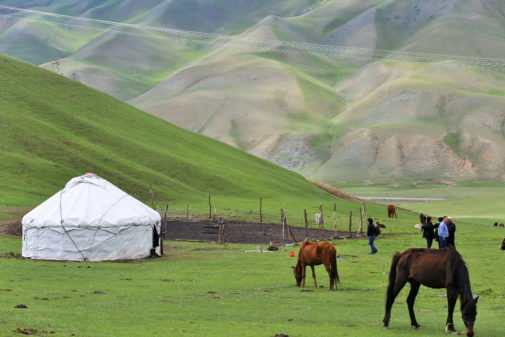 Amid a pandemic that has its roots in biodiversity destruction, this year we’re highlighting Indigenous pastoralism, which for millennia has helped to ensure sustainable coexistence between people and the environment through traditional animal rearing practices. Today, pastoralism around the world is threatened by an agro-industrial model of livestock and feedstock production that steals huge amounts of land, locks communities out of their traditional grazing areas, reduces diversity in animal breeds and makes livelihoods and local food production insecure, pushing communities further into poverty. At the same time, this model has devastated the world’s forests and aided in the spread of zoonotic diseases such as Covid-19.

However, pastoralist communities around the world are fighting to ensure that their traditional knowledge doesn’t disappear, and is instead recognized and supported. One of GFC’s member groups in Kyrgyzstan, the Institute for Sustainable Development Strategy, works with different pastoralist groups in the Northern and Inner Tien Shan Mountains. They empower local communities to increase their resilience and adapt to climate change through the revival and preservation of traditional pastoralist knowledge and practices and the introduction of community-based pasture conservation projects. 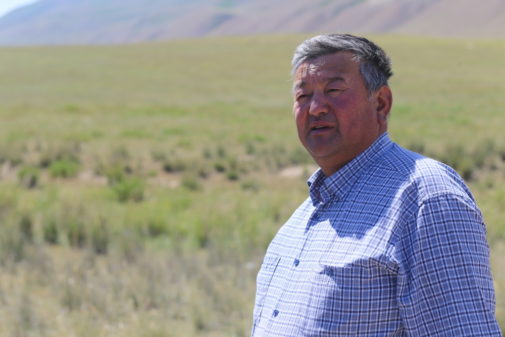 Urmat is an Indigenous pastoralist leader in northern Kyrgyzstan, which has vast areas of natural pastures. However, many of them are degraded and prone to erosion because of excessive grazing. Particularly alarming is the condition of pastures located around villages. Pastures are also greatly affected by climate change, and decreased snow and rainfall in recent years has led to aridity and the reduced growth of pasture plants. The local population views pastures as an inexhaustible resource and has lost its traditional methods of nomadic movement, remaining in the same place year-round. This prevents plants from recovering and degrades pastures further.

Urmat developed a community-based pasture management model in his community of Cholpon by revitalizing traditional pastoral knowledge and practices. This model is a true example of community conservation that has become one of the most well-known models of Indigenous & Local Community Conserved Areas (ICCAs) globally. Cholpon’s model has been effectively scaled up throughout the country and shared with communities at the district level, and it is now used in 11 municipalities. 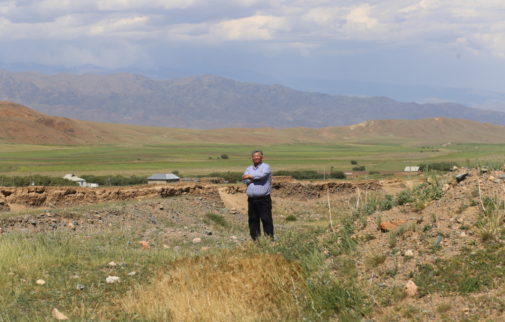 The work that Urmat and the Institute for Sustainable Development Strategy do helps communities to understand the interconnection between unsustainable livestock practices and the climate change impacts they experience, such as floods and droughts, and in particular disappearing glaciers. For communities there, water is a source of life, and their peace and prosperity depend on their access to it. Therefore, sustainable pastoralism can help to preserve glaciers and water resources through being a climate-friendly livelihood activity and way of producing food, as well as more effectively managing pasture resources for future generations.

For more resources on GFC’s campaign for sustainable alternatives to industrial livestock production, please see our campaign page, and take action by signing our petition against development bank finance for livestock and feedstock farming.