Today, a global coalition released a “liability roadmap”: a first-of-its-kind tool outlining how local to global decision makers, including government officials, can hold polluting industries liable for the climate damage they knowingly cause, while unlocking climate finance needed to address the climate crisis and implement solutions.

“The facade of promoting Nature based Solutions, Net Zero and offsetting is a clear pointer that the polluting industries continue to subvert their immediate obligation  to reduce emissions. The New Normal is besieged with massive bail outs to the fossil fuel and aviation industries with the agri-business surviving merrily on perverse subsidies; denying the fact they are liable for the climate crisis and rising GHG emissions, deforestation, destruction of livelihoods and food security of billions. 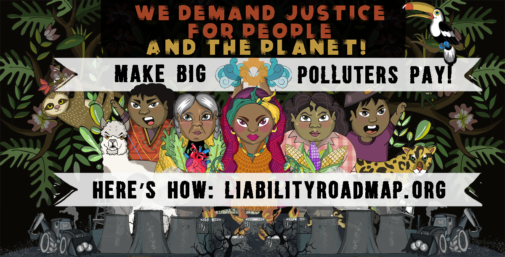