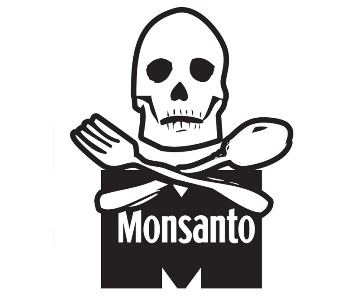 St. Louis, MO–The Campaign to Stop GE Trees  http://nogetrees.org will participate in the Occupy Monsanto conference here on September 16-17 to sound the alarm about the dangers genetically engineered trees pose to communities, wildlife and forests. The campaign asserts that Monsanto is complicit in this emerging hazard.

Monsanto’s glyphosate-based RoundUp herbicide will be used to control weeds around trees that are genetically engineered to be “RoundUp Ready,” or resistant to that herbicide. Use of this trait in GMO crops led to a documented tripling in the use of the herbicide, resulting in widespread problems with RoundUp resistant weeds, which require applications of more toxic herbicides to eliminate them. [1]

Just as GMO seed giant Monsanto has flooded the global market with their patented GMO seeds, ArborGen, which specializes in genetically engineered tree seedlings, intends to do the same. [2] ArborGen is a joint project of International Paper, MeadWestvaco and New Zealand-based Rubicon and one of their original joint owners was Monsanto.

“It’s clear from researching ArborGen’s public relations messaging that they see themselves as the new Monsanto,” stated Will Bennnington, of Global Justice Ecology Project. “They plan to follow the ruthless Monsanto model and don’t care who gets hurt in the process,” he added.

The links between ArborGen and Monsanto run deep. Numerous current and former staff had long tenures at Monsanto before being employed by ArborGen. [3]

“If ArborGen floods the market with their dangerous and uncontrollable GE trees, these trees will inevitably and irreversibly escape into the environment,” explained Anne Petermann, Executive Director of Global Justice Ecology Project and Coordinator of the Campaign to Stop GE Trees. “Patent law has enabled Monsanto to infamously sue farmers for possessing their GMO seeds after these seeds contaminated farmers’ lands. Think what that could mean to National Forests, National Parks or even private landowners if ArborGen’s invasive GE trees were found on those lands,” she continued.

ArborGen currently has a request pending with the USDA to commercially sell hundreds of millions of their GE eucalyptus tree seedlings annually for planting across the US South, claiming they will be used for bioenergy production and climate change mitigation. [4] GE eucalyptus, however, are highly flammable and could lead to uncontrollable firestorms, which would release huge amounts of carbon into the atmosphere. Jim Hightower has referred to ArborGen’s GE eucalyptus trees as ‘living firecrackers’.”