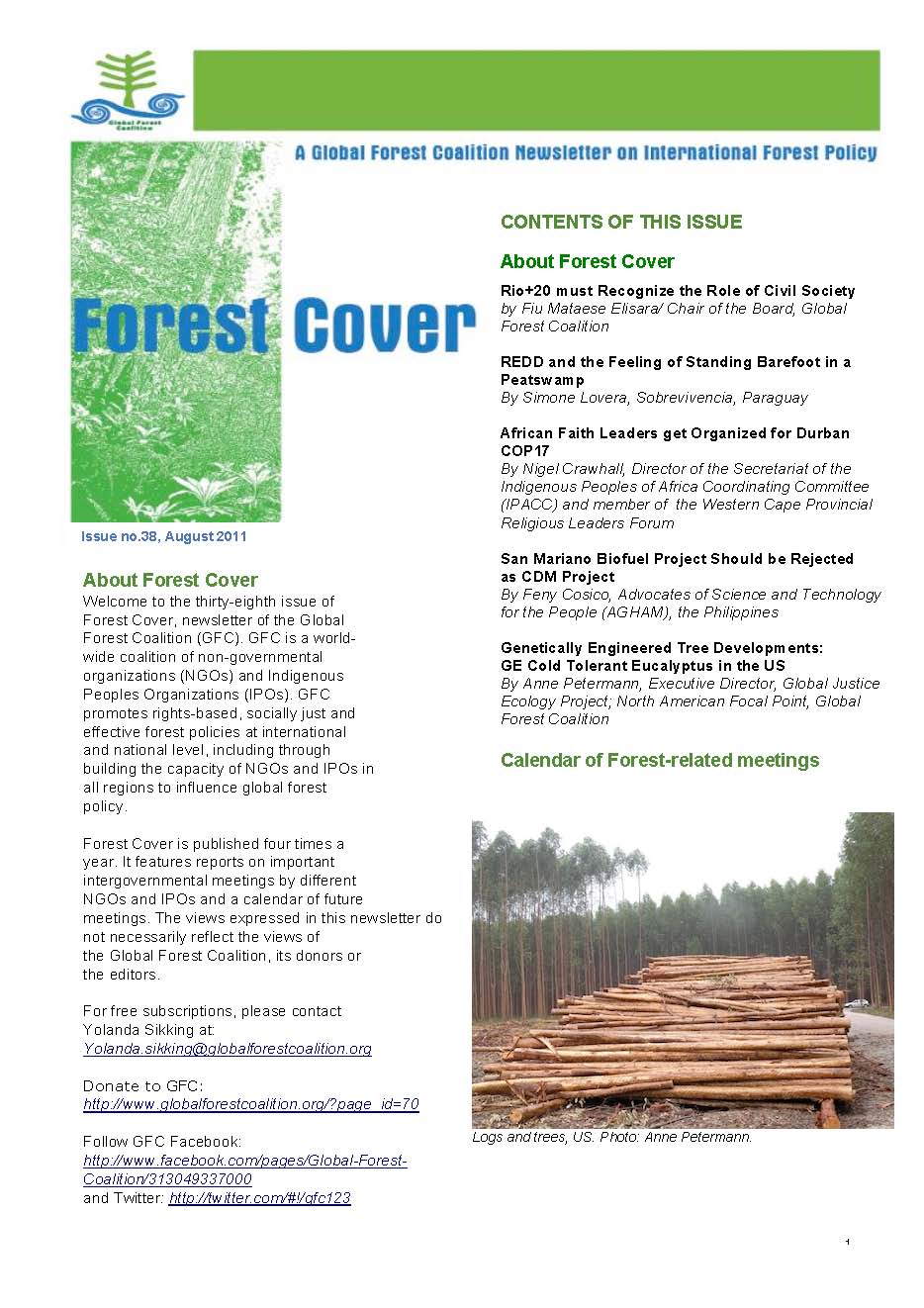 We present the most recent version of the Global Forest Coalition’s Newsletter: Forest Cover no.38. The editorial of this issue of Forest Cover deals with the road to Rio+20 and the important role of civil society. The article “REDD and the Feeling of Standing Barefoot in a Peatswamp” reports on a number of REDD-related meetings in June and the current REDD-depression in the light of the low expectations for the upcoming Conference of the Parties of the Climate Convention. It is followed by a report on a meeting of African faith leaders and their efforts to create a strong movement to influence the upcoming Climate Summit in South Africa. This issue also includes a report on a proposed Clean Development Mechanism project in the Philippines, which might become the largest agrofuel scheme in the country. It exposes the negative effects of the project on the local peasant communities and their forests. The final article on genetically modified trees shows the rapid expansion of this industry in the US and provides an overview of the weak arguments they base their work on.