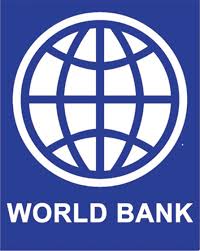 19th March 2013 – International NGOs have condemned a statement by the World Bank’s International Finance Corporation (IFC) [1] which defends the record of a Honduran palm oil company, Grupo Dinant, which is implicated in dozens of murders as well as other human rights abuses.  The IFC statement explicitly admits to supporting training for the company’s armed security guards.  A World Bank Ombudsman [2] is currently investigating an IFC loan of $30 million for Grupo Dinant which was approved in 2009, at least half of which has already been disbursed. This month, an Open Letter by 17 NGOs [3] and an international petition signed by over 63,000 people [4] have protested the loan and called on the World Bank to immediately cease their support for Grupo Dinant.

Since 2009, international human rights bodies have documented dozens of murders of peasant activists and their supporters in connection with land conflicts involving Grupo Dinant, the company’s armed security guards and Honduran military and police.  The evidence includes a fact-finding mission report by international human rights organisations in March 2011, a hearing before the Inter-American Commission of Human Rights in October 2011, an international public hearing on human rights in the region in May 2012 [5] and a report about human rights abuses attributed to military forces in the region by Rights Action, published this month [6].  The recent Rights Action report confirms that at least 88 members and supporters of peasant movements have been murdered in targeted killings in the Bajo Aguan Valley over the past three years. It documents the direct involvement of Grupo Dinant’s armed security forces in the violence against peasant movements.  Contrary to the World Bank’s claims that the violence ended in 2012, two peasant activists were found tortured and murdered in February 2013. [7]

Annie Bird from Rights Action says: “It is a serious indictment of World Bank’s role in Honduras’s land conflicts that their International Finance Corporation admits to directly engaging with the training of Grupo Dinant’s paramilitary ‘security guards’.  It is not clear whether this engagement is a response to concerns over human rights abuses but retraining paramilitaries implicated in killings is never an acceptable response. The World Bank must cease such engagement and stop supporting Grupo Dinant at once.”

Almuth Ernsting from Global Forest Coalition and Biofuelwatch adds:  “The World Bank’s claims that killings are being investigated by Honduran courts with full cooperation from Grupo Dinant contradict the findings of human rights missions which show a state of total impunity surrounding those murders.  Such a state of impunity has been confirmed by the UN Working Group on Mercenaries.  Not only must the World Bank cancel its loan but there needs to be a full investigation into their role in human rights abuses in Honduras.”

In 2011, the German development bank, DEG, cancelled a loan for Grupo Dinant due to the company’s involvement in serious human rights abuses.Yet the World Bank continues to back the company and dismiss all independent evidence, as their recent statement shows.

Jeff Conant from Friends of the Earth US adds: “The World Bank’s statement on Bajo Aguan reveals the extent of their complicity with a palm oil company implicated in some of the most serious human rights abuses in Central America today. Years after a damning audit of their palm oil funding and a supposed overhaul of their policies, the World Bank is legitimising the use of armed paramilitaries in land conflicts against peasants who are trying to reclaim their own land, dismissing a vast volume of evidence from independent fact finding missions.”

[2] A complaint submitted by Rights Action is currently being investigated by the Compliance Advisor Ombudsman (CAO).  The CAO is an independent agency which investigates complaints filed by communities affected by project funded by the World Bank’s International Finance Corporation (IFC).