Our Biodiversity, Our Food, Our Health: community conservation in Sri Lanka 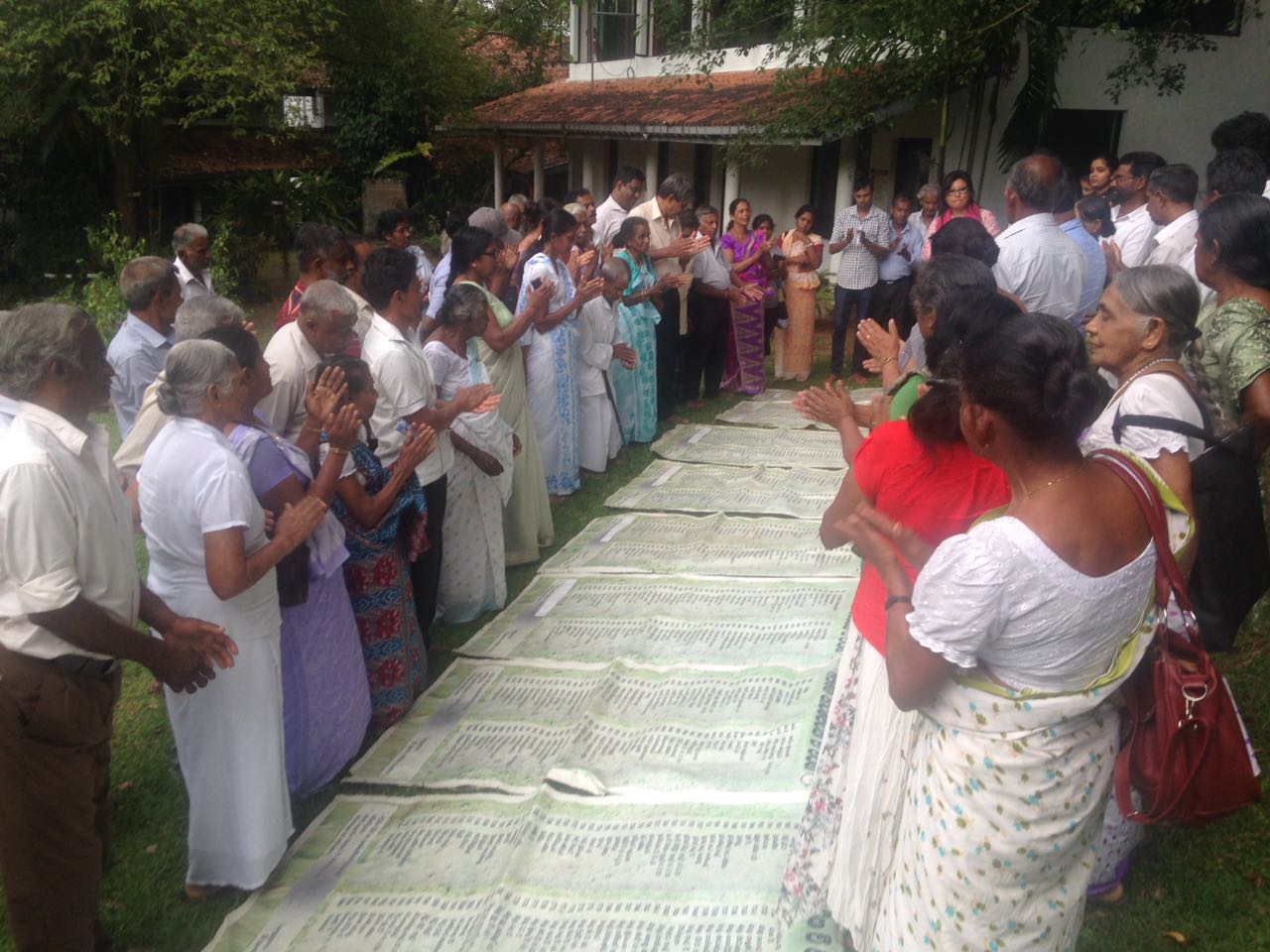 Today is International Day for Biological Diversity, and the theme this year is “Our Biodiversity, Our Food, Our Health”. Unfortunately, many biodiversity conservation schemes globally see communities as part of the problem and actively seek to exclude them from protected areas, which seriously harms their food security and access to traditional health care. We believe in a rights-based approach, where local communities and Indigenous Peoples are supported to protect and conserve biodiversity themselves. Instead of denying communities access to land and forests, their rights to use, protect and earn a living from rural areas must form the basis of conservation policy.

As this year’s International Day for Biodiversity is celebrated as a global event, we’re focusing in on three unique Sri Lankan communities whose conservation efforts highlight the important links between biodiversity, community health and local food production. The Community Conservation Resilience Initiative (CCRI), in partnership with the Nirmanee Development Foundation, carried out participatory assessments in a community of traditional snake-bite healers and a traditional rice farming community in Sabaragamuwa province, and a community of traditional ‘Kitul’ tappers from Central province. 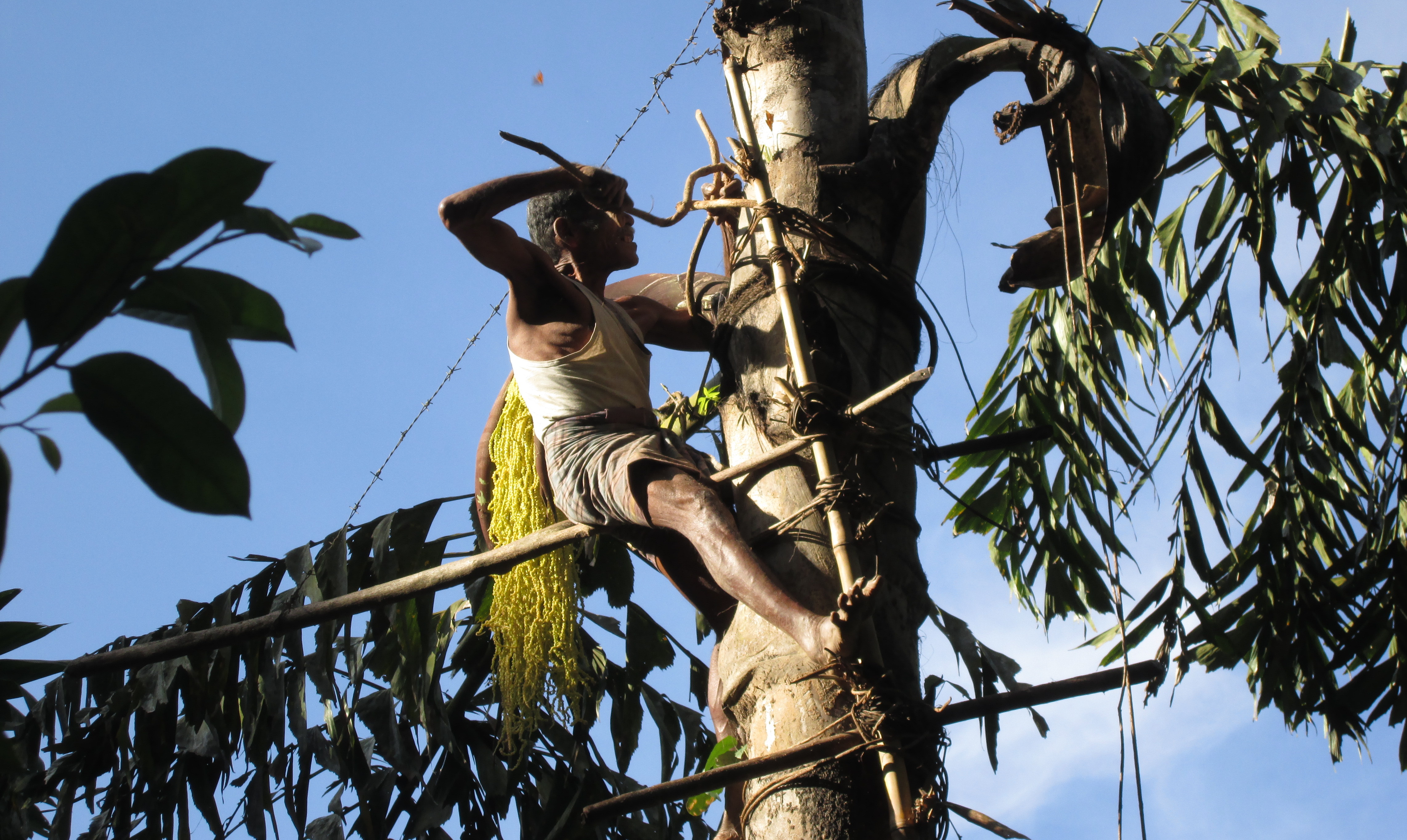 The communities live in the great Mahaweli and Maoya river basins and are associated with ecologically-friendly and sustainable traditional production in the Kandyan Forest Gardens. They conserve a vast diversity of medicinal plants, Kitul trees, rice varieties and other raw materials for their traditional livelihoods, and they have a great repository of traditional knowledge that is associated with their customary occupations. But their way of life also faces significant threats due to the pressures of poverty and urban migration, as well as legal and regulatory barriers established without the needs of rural communities in mind.

The key findings and recommendations are summarised in an accessible summary report which you can download in English, Spanish, French or Russian, and the full report is available in Sinhalese. You can also view or download all of the materials produced as part of the CCRI, including the global report, summary reports on 22 different countries, and many fantastic photos. 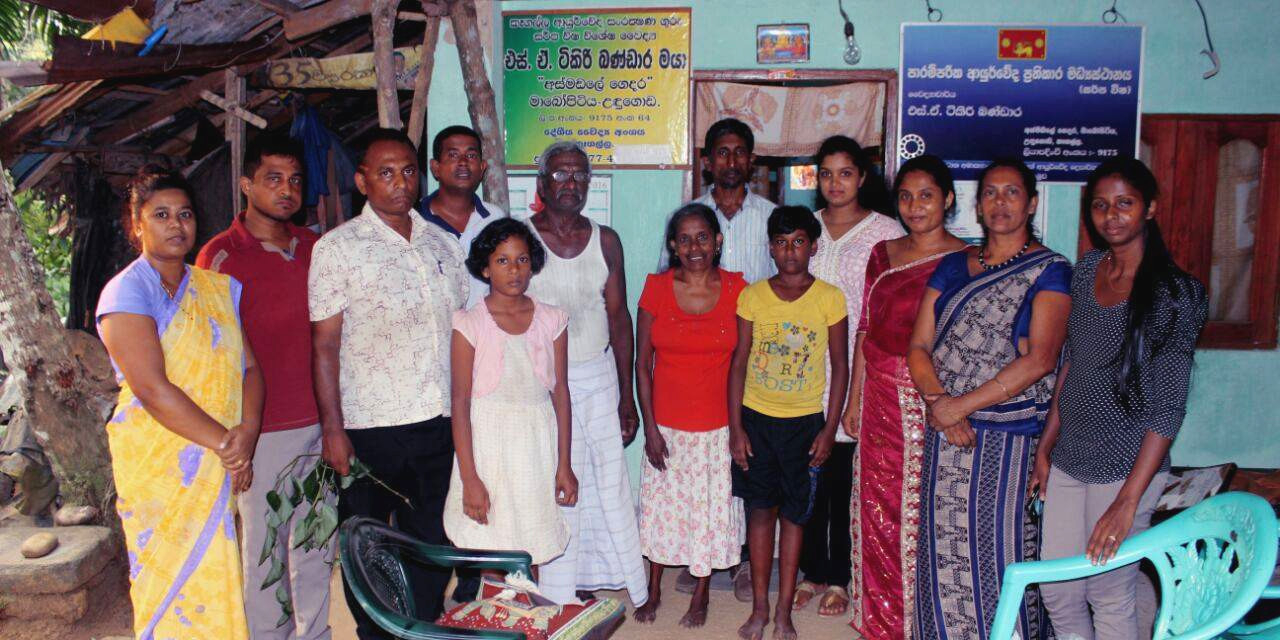 All the communities live in the great Mahaweli and Maoya river basins and are associated with ecologically-friendly and sustainable traditional production in the Kandyan Forest Gardens, which stem from the Kandyan kings’ era (before 1454 A.D.). The communities are descended from sun and nature-worshipping pre-historic tribes, living in the lands they inherited from their ancestors. They follow Theravada Buddhist traditions now, although traces of sun and nature worshipping rituals are still found. One legend behind their origin is that all four tribes Yakka, Naga, Asura/Deva and Raksha embraced Lord Buddha’s doctrine and formed the Sinhalese nation. [1,2] The three communities consider themselves to be descendants from these indigenous tribes.

These inhabited lands and the whole ecosystem are critical for the communities, conserving a vast diversity of medicinal plants, Kitul trees, traditional rice varieties and other raw materials for their traditional occupations. The communities have a great repository of traditional knowledge that
is associated with their customary occupations and conserved mainly through oral tradition.

Although their homesteads are scattered and mostly privately owned, families are traditionally integrated within their respective communities. They have customary sharing practices related to the reciprocal sharing of land-associated resources, labour, draught animal power etc, but these are being rapidly eroded. They follow a traditional solar and lunar calendar for decision-making.

The status, threats and trends of the communities’ conservation resilience were assessed through visits and meetings, and by participating in their social activities. Nirmanee Development Foundation and IPLCs (Indigenous Peoples and Local Communities) guided the assessments together. 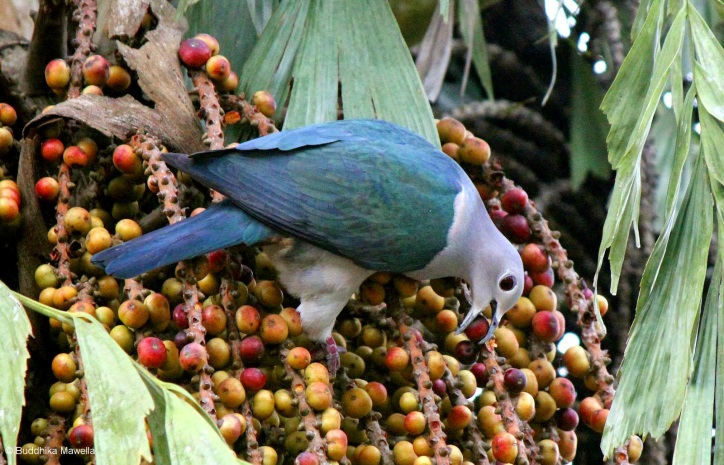 In Sri Lanka, traditional and customary practices benefit both biodiversity and human health, but the communities face many threats. For example, the traditional snakebite healers in Kegalle district maintain biologically diverse home gardens as repositories of the medicinal plants needed for their treatments. Freshly harvested plants are preferred for their recipes, with rituals often governing the extraction of the medicine and conservation of the plants. They also acknowledge snakes’ right to live. As healers, they do not kill animals and abstain from eating meat and eggs as a taboo to sustain their healing power. Kandyan forest gardens are resilient ecosystems, and the presence of the snakes, which are often top predators, indicates the gardens’ richness and diversity.

The Kitul palm tree (Caryota urens) is also an indicator of a healthy ecosystem. It grows naturally, with its seeds being disseminated by tree-dependent fauna such as civets and the Green Imperial Pigeon. Local communities tap the Kitul tree to produce sweet syrup from the sap of its flowers, and use its stem as a source of timber and edible flour (which is made from the pith). The first flower is not tapped, but given to the gods in a ritual of thanks.

The rice growing community prefers growing Traditional Rice Varieties (TRVs) over modern high yielding varieties of this staple grain, for a number of reasons. TRVs are taller, produce more biomass, are rich in trace minerals, and need no agrochemicals to be applied. They also add more organic matter to the soil and boost soil microbes. There are more than 100 different TRVs conserved. [3] The women labour in the fields to assure a bountiful harvest, but modernisation threatens their activities. However, because the heavy use of agrochemicals on modern rice strains has created a serious environmental and health problem, Sri Lanka has set a trend of gradually returning to traditional rice farming.

All the communities are similarly threatened because, in one way or another, their livelihoods are imperiled. In general the open market economy has made people more individualistic, more likely to live alone, and less likely to trust each other. All this has had a significant negative impact on the communities’ customary sharing practices. For example the erosion of seed sharing in rice farming and the disappearance of mutual help were identified as key internal threats. Elders observed that people are not following traditional rituals and that this is affecting the communities badly: without blessings there can be no bountiful returns.

The changes to the communities’ lifestyles are dramatic, and this is especially so for the women. Rural women who used to have safe jobs earning a substantial living are now more likely to be providing unskilled labour to Middle Eastern businesses to provide a basic living for their family. It was also observed that the communities are traditionally not business-oriented and their lack of ambition puts them at a disadvantage in the market economy.

Legal and regulatory barriers were also identified as key external threats, especially policies that are not designed with the communities’ occupations in mind and which often give priority to western knowledge over and above traditional knowledge.

For instance, Kitul syrup is often regarded as a healthier alternative to cane sugar, [4] but it is gradually being replaced by sugar in people’s diets. The Kitul tappers face several challenges, including police harassment and allegations of toddy (alcohol) production, inadequate support and protection for their traditional knowledge, and the absence of a system to regulate the quality of Kitul syrup so that adulterated versions are not sold by others.

The traditional snakebite healers also complain of inadequate support especially compared with the governmental support enjoyed by their allopathic medicine counterparts. Allopathic treatments are costly and have severe side effects on the kidneys and liver. Yet the traditional healers face a cumbersome registration procedure, and there are no supporting validation procedures for the healers’ bio-cultural healing products. As a result the healers do not trust the authorities. 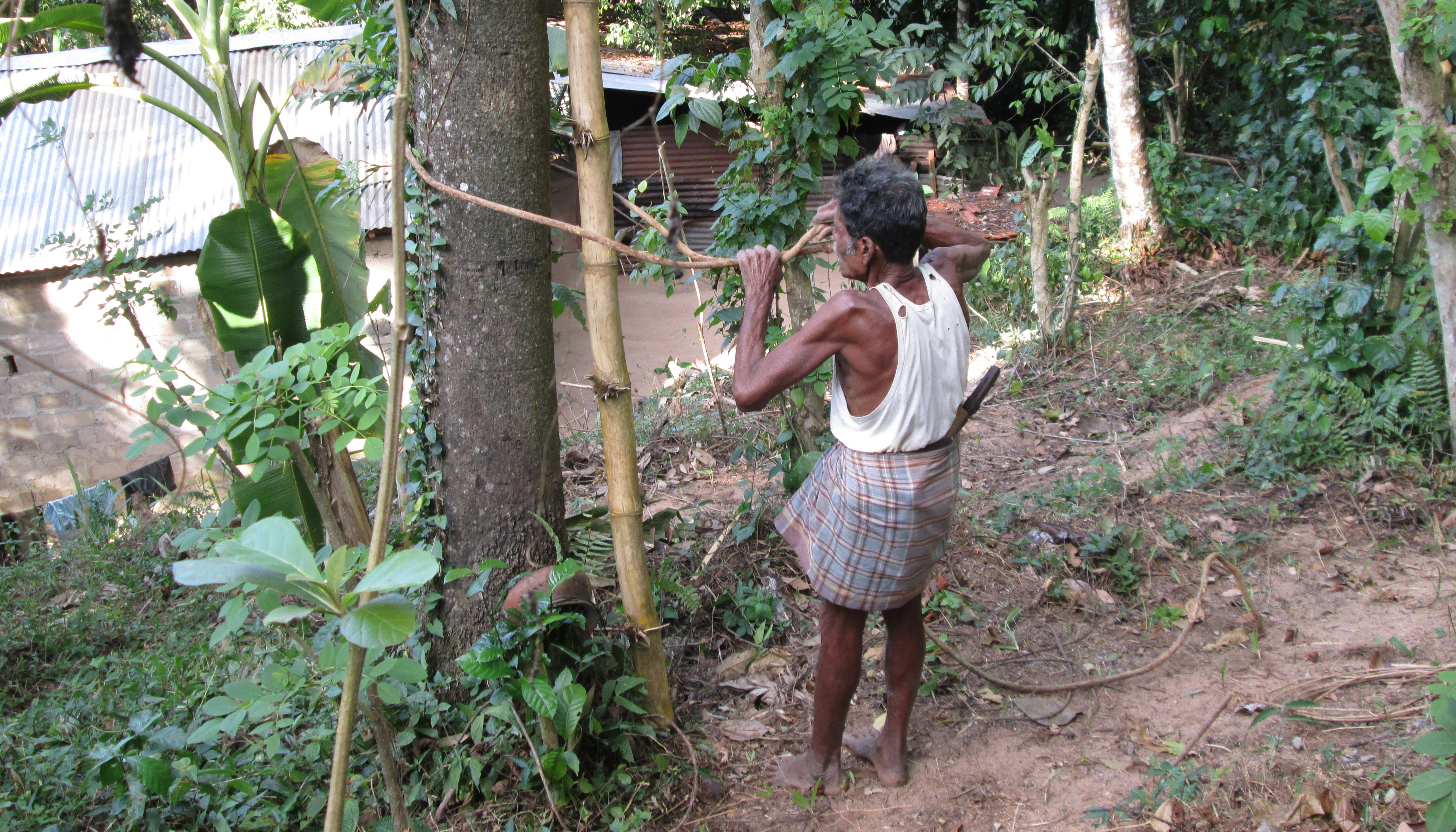 The above analysis shows that a holistic solution-oriented approach to support biodiversity conservation needs to prioritise communities’ concerns, securing recognition and encouraging appreciation of the communities’ customary use practices and traditional knowledge. For example, the biodiversity-friendly behaviour of Traditional Rice Variety-growing farmers needs to be recognised and further encouraged and supported, including through the revival of non-market reciprocal seed and knowledge sharing networks. A rural lifestyle museum and community-level seed banks could help to maintain on-farm traditional rice diversity and associated biocultural diversity.

Strong, well-focused government policies are critical. For example, although the snake bite healers are wary and distrustful of government authorities and the currently cumbersome registration procedures they face, they seek official recognition and affordable validation and certification procedures in relation to their traditions and biocultural healing products—such as ‘sarpa viasa gala’ (snake venom-removing medicinal stones)—to help increase their incomes. The Kitul tappers want to be similarly recognised for their contribution to biodiversity conservation, and the fact that their products are healthier for consumers than sugar. This would involve removing legal and regulatory barriers, and establishing regulatory tools, such as affordable validation and certification procedures including fines to address adulteration issues. To create an enabling environment a Task Force should be established to address policy gaps together with the active involvement of communities, identifying time bound targets and outcomes.

One important area to consider is the role of related traditional knowledge and livelihoods in the context of novel issues and challenges such as climate change. There is also a need to launch programmes that couple external actors’ conservation priorities and health concerns with community aspirations. Funding agencies should prioritise community conservation resilience activities, and related collective social and cultural actions.

Empowering people with tools like Biocultural Community Protocols (BCPs), and synergising the communities’ needs with global and national priorities can result in win-win outcomes. Mapping of collective biocultural heritage by communities can help arrest the erosion of traditional knowledge and mobilise resources. As the Sri Lanka National Focal Point for the Convention on Biological Diversity is currently preparing to sign the Nagoya Protocol on sharing the benefits from biodiversity these protocols are likely to be particularly useful. The CBD’s Rutzolijirisaxik Guidelines for the Repatriation of Traditional Knowledge are important as well in this respect. [5]

It is similarly important to engage communities in global rights-based knowledge sharing platforms. For example there are vibrant global discourses about community level climate change and disaster resilience underway. With the advancement of information and communication technologies more such opportunities are likely to develop.

In general an enabling environment to encourage the development of and investment in community conservation within a revitalised rural economy would be beneficial. For example it would be desirable to encourage the use of technologies that reduce the risks associated with climbing Kitul trees for tapping, as well as protecting and promoting the tappers’ rituals and customary practices under Article 10(c) of the Convention on Biological Diversity.

Facilitating gender equity is also key, including reviving traditional occupations in which the social roles of women and men were more valued and respected.

Finally, innovative tools like Facebook pages could be used to attract and engage younger generations in community conservation initiatives; and the concept of positive reciprocity could be reawakened including by applying best practices from elsewhere, such as Local Exchange Trading Systems (LETS). 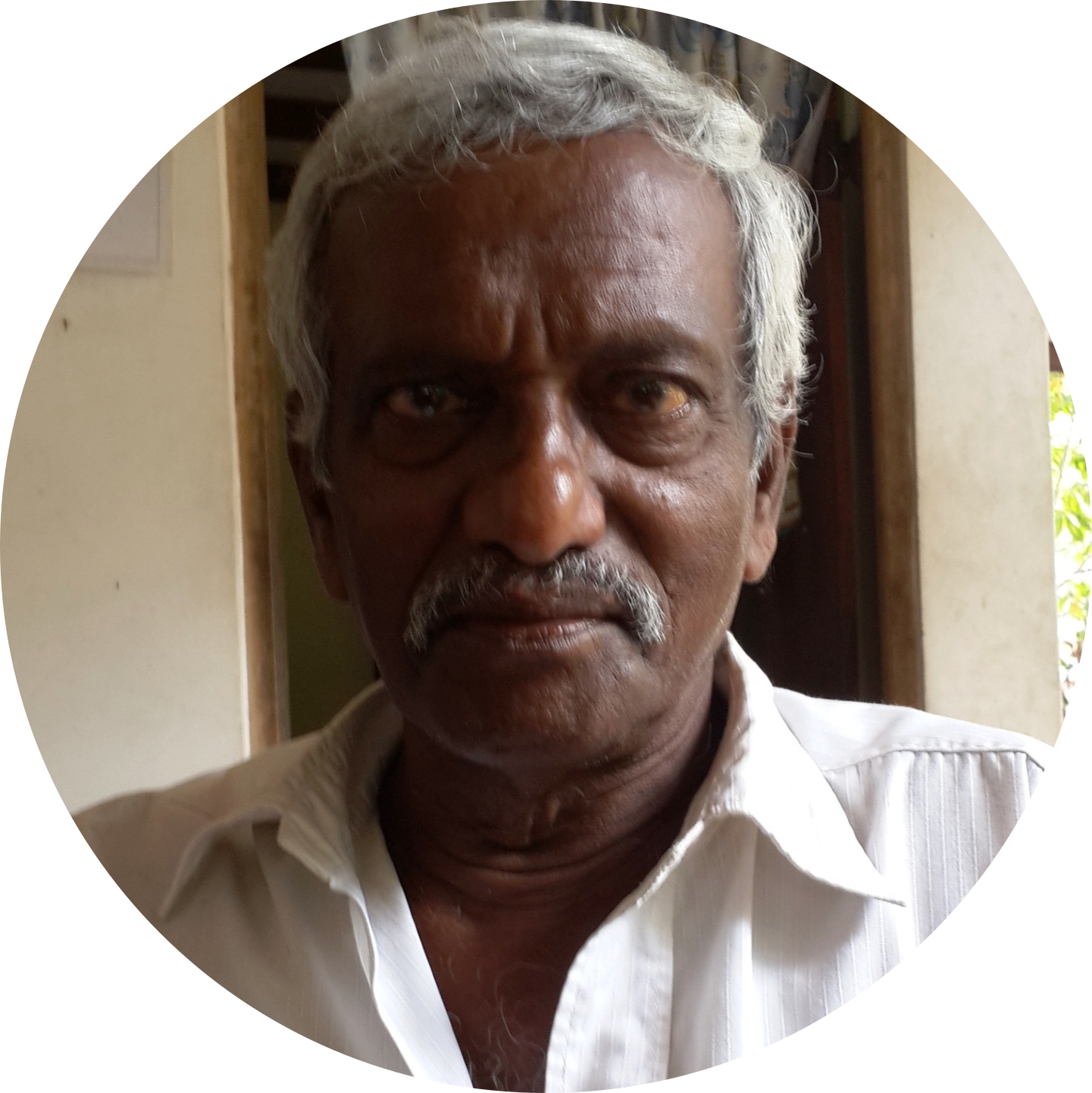 “Our healing techniques and worldview are different. I inherited sacred healing knowledge from my father, which was taught to him by his father. This knowledge has been shared down through the generations, and enables me to fulfill my spiritual goal as a Buddhist. I have healed thousands of patients, some of whom were even unconscious. We need to save humans and the snakes as well. All the medicinal plants I need are grown in my home garden, and some of them are very rare. We are self-reliant and not a burden to government. I would like to hand over our treasure to future generations but finding a good student is a challenge.”

22 May, 2019
Posted in Supporting Community Conservation