21 June 2021 — A coal power plant in Portugal that was supposed to be shut down could instead be converted into a biomass burning facility at great public expense, something activists say would harm communities and the climate. Pego’s main shareholder and its owners, Trustenergy, ENGIE and Marubeni, claim that it would burn “forest residues,” but a letter signed by over 60 organizations explains that the biomass would in fact be whole trees from monocultures in forest fire-prone Portugal or wood pellets shipped in from countries like the United States and Brazil, harming the environment on both sides of the Atlantic.

Paula Silva, president of Quercus, one of the signatories to the letter, says: “Europe’s big converted coal-fired power stations are burning tree trunks from clear-cuts, which is not sustainable. Whether the wood would be sourced in Portugal or abroad, converting Pego would therefore add to the already significant pressures on forests. If we are serious about tackling climate change then we must protect forests, not burn them.”

Pego’s coal-to-biomass conversion could require up to 5 million tons of green wood annually according to the letter, which urges the Portuguese government and EU Commission to not give public financing to the project. Its environmental impacts could include boosting the planting of exotic eucalyptus and increasing Portugal’s vulnerability to forest fires, harming local biodiversity and resources like soil and water, and increasing carbon in the atmosphere—the emissions associated with burning biomass are often worse than the fossil fuels it replaces.

Nuno Forner, a bioenergy campaigner with ZERO, another organization that signed the letter, says: “Despite the EU treating biomass as “carbon neutral”, burning trees is not a viable climate solution. The time required for trees to sequester new carbon is often incompatible with the level of extraction of forest biomass, especially when you consider how inefficient the majority of biomass power stations are.”

The project is also bad for the economy, activists say. Trustenergy will rely on taxpayer money to fund a large chunk of the almost 1 billion Euro investment it says is required to burn trees to produce electricity. This is envisaged to come through the EU’s Just Transition Fund and Recovery and Resilience Plan, which would set a bad precedent for the use of these funds to finance biomass conversions, rather than genuinely renewable energy systems.

Oliver Munnion, the Global Forest Coalition’s Portugal-based bioenergy campaigner, states that: “Converting Pego to burning trees is a false solution that doesn’t support climate resilience or a just recovery. The Portuguese government and European Commission need to listen to the 60 plus signatories to the open letter and steer clear of using public funds for this ecologically devastating project.” 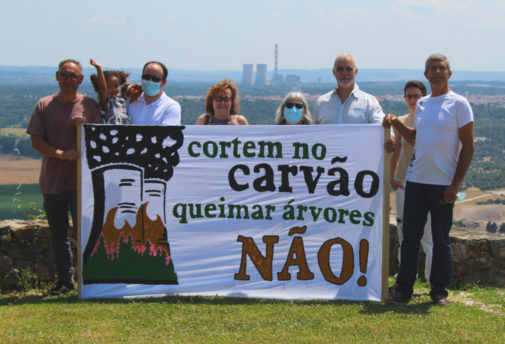