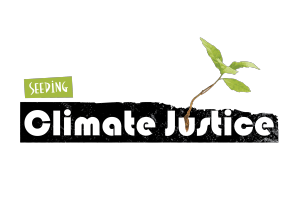 GFC has signed on to the Maputo Declaration of African Civil Society on Climate Justice. Read full declaration here.

Climate justice advocates, community peoples and mass movements’ representatives met in Maputo, Mozambique from 21-23 April 2015 to consider the roots, manifestations and impacts of climate change on Africa and to consider needed responses to the crises.

At the end of the deliberations it was agreed that Africa is disproportionately impacted by the climate crisis although she has not significantly contributed to the problem. The conference also noted that the climate crisis is systemic in nature and is a result of defective economic and political systems that require urgent overhaul. In particular, the meeting considered that Africa has been massively plundered over the centuries and continues to suffer severe impacts from resource exploitation and related conflicts.

The meeting noted that the Africa Rising narrative is based on the faulty premises of neoliberalism using tools like discredited measures of GDP and is presented as a bait to draw the continent deeper into extractivism and to promote consumerism.

The meeting further noted human and environmental rights abuses on the continent, as well as the ecological, economic, financial crises, all adversely affect her peoples and impair their capacity to adapt to, mitigate impacts and build collective resilience to climate change.

The meeting frowned at the widening gap between our governments and the grassroots and the increasing corporate capture of African governments and public institutions. These constitute obstacles to the securing climate justice for our peoples.

The long walk to climate justice requires mass education of our populace, as well as our policy makers, on the underpinnings of the climate crisis, the vigorous assertion of our rights and the forging ahead with real alternatives including those of social and political structures and systems. It also demands collective and popular struggles to resist neo-colonialism, new forms of oppression and new manifestations of violence including criminalisation of activists and social movements, and xenophobia. We recognise that as climate change worsens, it will increase the resource crunch and migrations and will lead to more conflicts between people. We also recognise that the exploitation of migrant labour by corporations often leads to conflicts between neighbouring countries.

With justice and equality as the irreducible minimum, the conference further noted and declared as follows:

In line with the above and through other considerations, the conference demands as follows:

Conference participants resolved to work with other movements in Africa and globally for the overturning of the capitalist patriarchal system promoted and protected by the global financial institutions, corporations and the global elite to secure the survival of humans and the rights of Mother Earth to maintain her natural cycles.

(A). Signers who participated in the meeting:

(B). Organisations that signed in solidarity after the meeting: