Another World is Possible: GFC at the World Social Forum in Salvador Bahia, Brazil 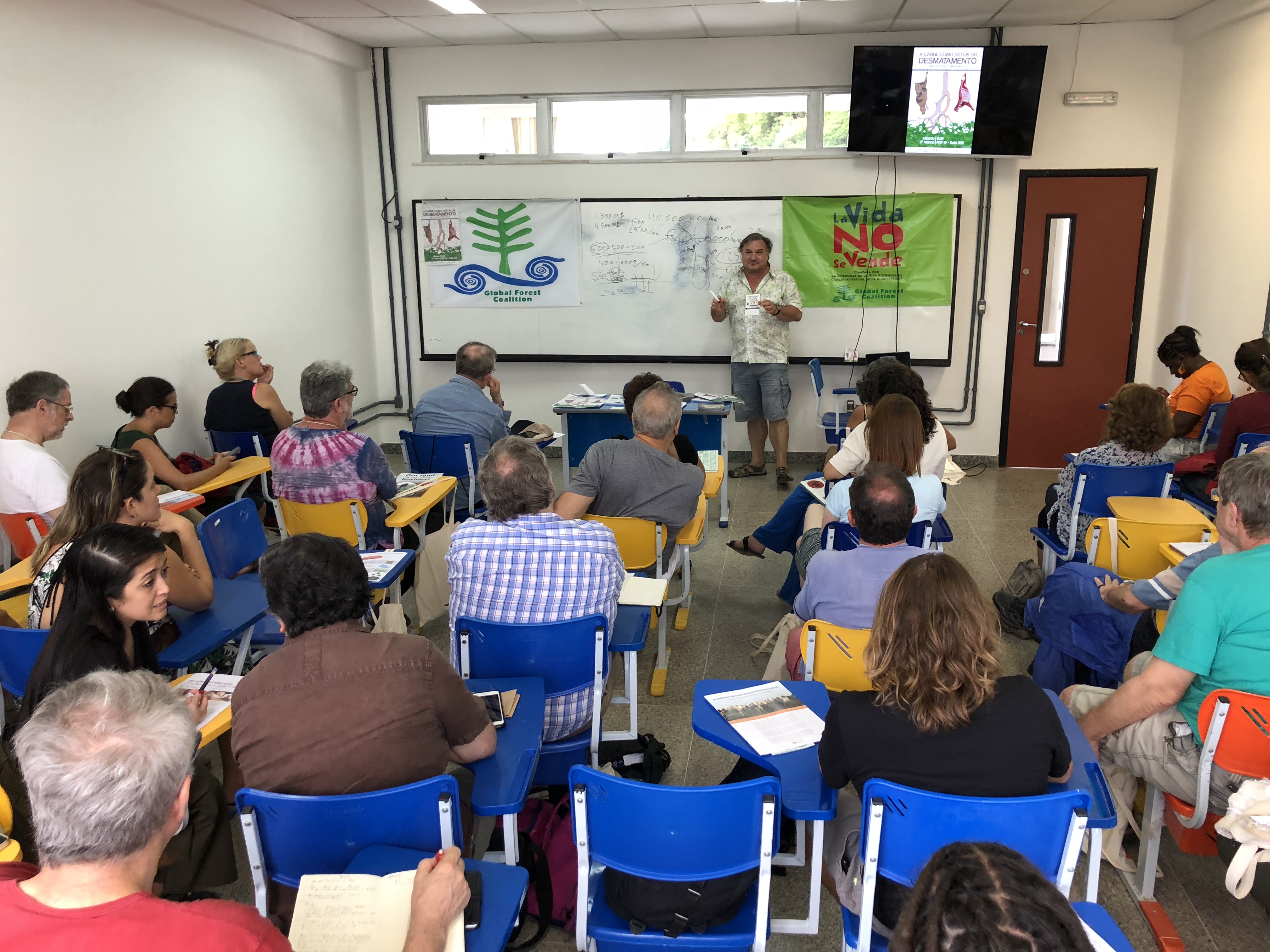 GFC actively participated in and organised a number of events at the World Social Forum which was held in Salvador, Bahia, 13-17 March 2018.

Together with the Global Campaign to Dismantle Corporate Power and Stop Impunity and several other organisations and social movements, we co-organized two events: The first one titled “Global resistances against corporate power and the struggle for an international treaty on transnational corporations and human rights” discussed the corporate power currently, its growing hegemony and control over life in our societies and on our planet. In particular, we discussed the evolving process of the UN Binding Treaty on Transnational Corporations and Human Rights, and how it will affect sovereignty and democracy.

The second event was titled “The Chinese invasion: Its corporations and investments in the world”, which looked at how Chinese investments are advancing globally, particularly in the countries of the so-called Global South. The seminar discussed its nature, answering questions such as: what kind of capital is it? What is the role of the national / provincial state? What are the impacts on the international corporate system? What are priority investment areas? What are the economic, social and environmental impacts of infrastructure and megaprojects?. The seminar was attended by specialists from Latin America, Africa, Europe and Asia, and our member groups Fundacion Solon and FASE Brazil presented specific case studies on Chinese investments in Bolivia and Brazil, respectively.

Together with our member groups FASE, Fundacion Solon, and Henoi, we held an event called “Meat as a Driver of Deforestation”. We discussed unsustainable livestock production and its very real impacts on forests, climate and the environment. Case studies were presented from Brazil, Bolivia, Paraguay, and a global overview of the struggles against unsustainable livestock and feedstock production was also presented. We also launched our new briefing paper on the proposed EU-Mercosur trade agreement, which shows how beef is at the centre of the deal.

Our events were very well attended and discussions were engaging and enthusiastic. We also participated in other events such as on preparations for the G-20, the EU-Mercosur negotiations, and sessions on systemic alternatives to global crisis.