PRESS RELEASE: for immediate use 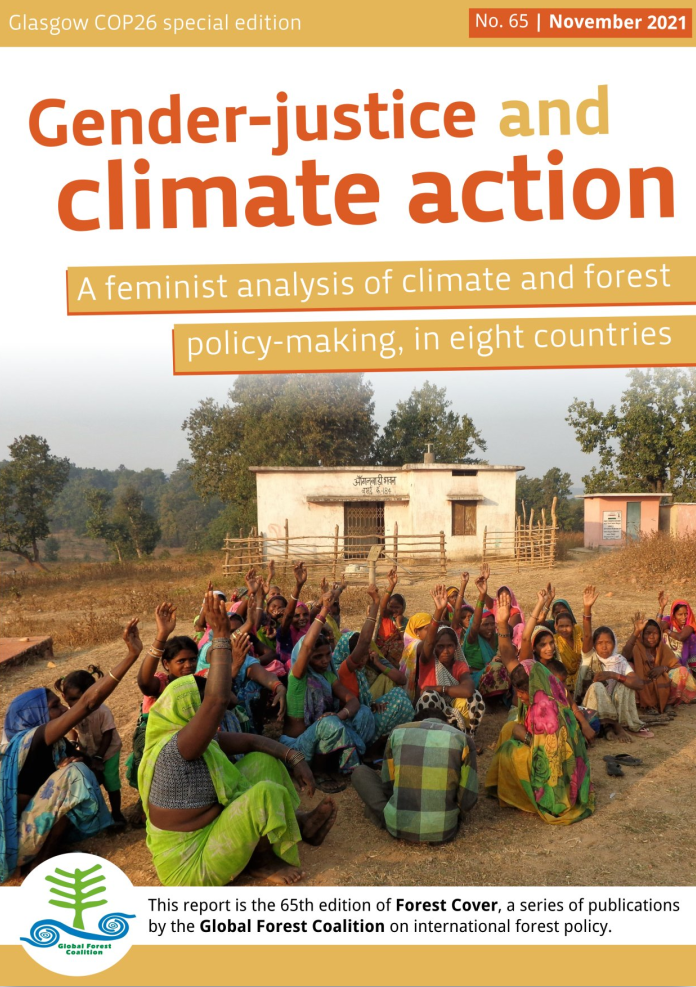 2 November, 2021 — Nature-based Solutions to climate change like forest carbon offsets cause significant environmental and social harm to women’s livelihoods around the world, cautions a new report by the Global Forest Coalition launched at the start of COP26 in Glasgow.

The report finds that many policies tackling climate change through tree planting or forest protection ignore unequal access to and control over resources among frontline communities on the basis of gender, class, race, caste, age and ability, and other forms of discrimination. As a result, they maintain an unjust system of intersecting forms of oppression that reproduces and strengthens structural barriers to achieving climate justice, instead of breaking them down.

“Effective policies to tackle the climate emergency and restore forests are urgently needed. However, when these policies are born of existing colonial and patriarchal mindsets, they only perpetuate the root causes of the crisis they are supposed to tackle,” says Jeanette Sequeira, coordinator of GFC’s gender justice campaign and an author of the report.

Nature-based solutions are high on the agenda of the Glasgow Summit, which opened with a renewed commitment of 100 countries to halt deforestation. They are being actively promoted by the UK and other Northern governments and corporations as a cheap climate mitigation approach, allowing countries to avoid making significant emissions reductions. For example, companies like pulp and paper giant Arauco in Chile are selling carbon offset credits through the UN Carbon Offset Platform to compensate for greenhouse gas emissions elsewhere. But NGO groups and women’s movements say these projects allow polluters to continue their harmful activities and also support the expansion of monoculture tree plantations, which have big negative environmental and social impacts, especially on women.[1]

“Experience in Chile has shown that monoculture tree plantations destroy biodiversity and the livelihoods of Indigenous Peoples and local communities, and women often bear the brunt of these impacts,” says Johanna Molina of Colectivo VientoSur, which authored a case study.

“The Glasgow Summit risks becoming a False Solutions Summit,” says GFC Director Simone Lovera. “If we allow fossil fuel companies, industrial livestock producers and other big polluters to simply get away with murder by buying forest carbon offsets, any deal in Glasgow will simply be hot air and fatally undermine all existing climate agreements.”

But the report also shows that women’s groups often take the lead in gender transformative climate action. “Forest conservation and restoration are of utmost importance to climate change  mitigation and adaptation, and women play key roles in forest protection initiatives carried out by Indigenous Peoples and local communities”, adds Coraina de la Plaza, coordinator of GFC’s climate change campaign. “Recognising their tenure and governance rights over these forests is therefore the most effective, efficient and equitable way to halt forest loss and remove carbon from the atmosphere.”