This assessment was conducted with communities in Sulufou and Fera Subua in northeast Malaita. It was based on questionnaires, workshops, face-to-face interviews with community leaders and a national workshop in Honiara. It prompted the development of a CCRI advocacy strategy and a legal review.

The two communities are built on traditional artificial islands made of coral stones, and depend on both land and sea resources. For example, root crops and fruit trees are cultivated on the mainland nearby.

The communities explained that they have rules about the uses of and access to different terrestrial and marine areas. For instance, there are Bae abu’ burial sites, mana bisi’ areas where women give birth and men are not allowed, and custom houses or beu to’ofi’, where only men are permitted.

Some customary laws are accepted by the state. For example, the Fisheries Act recognises customary usage of marine fisheries. The Land Act also recognises customary practices including rights of landowners, taboo sites, and various kinds of evidence including spoken histories. On the other hand the Protected Areas Act does not address indigenous people’s involvement in traditional conservation or stewardship, and the national River Waters Act does not mention indigenous people’s rights at all. Furthermore, the minister has the power to declare the erection of dams and bridges and the diversion of water pipes. 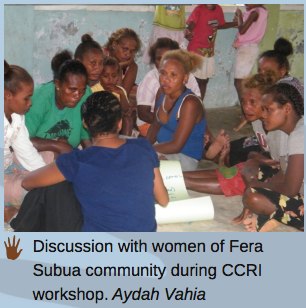 The communities consider dolphin hunting a sustainable traditional practice, with the elders and chiefs ensuring that dolphins are not over-harvested by enforcing breaks between hunts, normally for a year or two. Only larger dolphins are harvested, the smaller ones are left. Dolphin teeth are culturally important, being used to pay bride prices and to settle disputes. Dolphin meat is also considered a delicacy.

In general, the communities are particularly concerned about the survival of traditional knowledge and overharvesting of land and sea resources. The influence of western lifestyles has had a major impact and community governance systems are not as recognised and respected as they once were.

Finally, sea level rise is one of the biggest challenges they face. Both communities said that they are thinking of relocating to the mainland of Malaita in spite of the potential for conflicts with existing landowners. Such a move would need to be carefully negotiated. 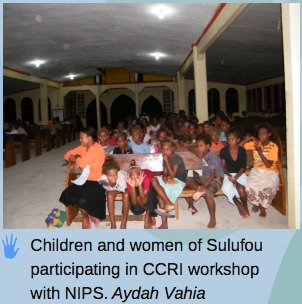 The communities would appreciate more support so that they can undertake the CCRI assessment in more depth and rebuild their capacity to pursue community conservation plans and priorities.

Traditional knowledge and customary practices need to be promoted and revitalised and there needs to be support for economic livelihoods, as particularly noted by the women. The Solomon Islands government should endorse the United Nations Declaration of the Rights of Indigenous Peoples, and embed the rights of indigenous peoples in all national laws.

The communities are keen to map land resources, traditional boundaries and taboo sites, and to plan for future generations. They expressed particular interest in revitalising customary practices that enable mangrove conservation, and would welcome training for men and women in land management and conserving and replanting mangroves (including by finding alternative cooking techniques and resources).

They want to rebuild a custom house and a community house. This would provide a central physical space facilitating traditional governance, and a further space for discussions and activities amongst the broader community, including women.

With respect to climate change there may be opportunities to promote indigenous people’s rights and community conservation initiatives under the Solomon Islands’ National Adaptation Programme of Actions (NAPA). Ultimately however, moving inland is an overwhelming priority for many. Resettlement would be particularly good for women, helping them to cultivate land and access freshwater. 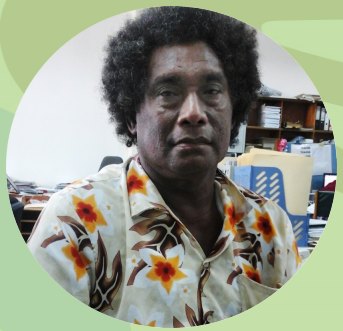 Mr James Iroga is a Fera Subua Community Elder. This is his personal testimony concerning the needs of the people of Sulufou and Fera Subua of North East Malaita.

“Sulufou island is the first artificial island to be built 200 years ago by our forefathers. However, we believe that the only solution for our people now is relocating to the mainland. But this is very difficult because the mainland is owned by different tribes and to negotiate is very difficult. I’m grateful to the Director of Global Forest Coalition and NIPS for bringing this issue to the surface for other stakeholders to also see our need and provide support to our people. We, the people of Sulufou and Fera Subua, look forward to working collaboratively with you to find possible solutions to resettle our people.”

Download the Report of the Community Conservation Resilience Initiative in the Solomon Islands here.