The Community Conservation Resilience Initiative assessment in Paraguay is based on discussion and debate with three rural communities facing various challenges. They are the San Miguel community in Minga Porâ, and the Maracaná community, both in the East of Paraguay; and La Esperanza, an Enhlet indigenous community in the lower Chaco region. All three communities are actively engaged in restoring habitats and reversing environmental damage. This is primarily done by planting pioneer tree and other plant species to facilitate the spontaneous growth of native vegetation through natural succession. The communities’ traditional agricultural practices also have minimal impact since they involve less tillage and no toxins. 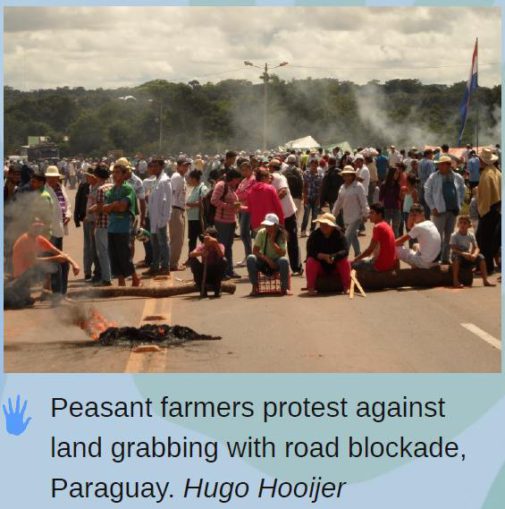 The primary threats to community conservation resilience in Paraguay are industrial agriculture and poor governance.

The country’s forests have been devastated in the race to free up land for industrial­scale export­oriented agricultural production, especially of genetically modified soybeans and beef. Many small farmers have been persuaded to sell or lease their lands (although many have found the returns were not what they were told). The remaining community members spoke about empty schools, and land and water contaminated with agricultural toxins, which are killing crops and animals as well as making people sick. They told of increasing problems with agricultural pests invading the toxin­free community plots.

Communities also face a combination of corruption, minimal law enforcement, and illegal and often violent land seizures that are condoned by the government. There is an absence of effective government and a lack of drinking water, health services, roads and schools.

Minga Porâ is an example of what this environmental and social neglect means in practice. It has fertile soils that used to support highly biodiverse subtropical Alto Parana moist forest. However the region has been heavily deforested and there are just a few scattered patches of forest remaining. After decades of struggle and violent evictions ‘landless’ peasant families secured 260ha for the San Miguel community, and they have protected a small area of some 4­6 ha, to preserve native plant species before it is too late. They plan to use this oasis of biodiversity to restore larger areas of forest in coming years.

The community in Maracaná faces similar difficulties. Its dense Alto Parana forest had previously been destroyed and degraded to exploit a rich abundance of Yerba Mate (Ilex paraguariensis) to make the regional Mate tea drink and to harvest valuable timber species. The soil has a high sand content and is susceptible to erosion. The community is proactively recovering watercourses and wetlands.

In the west of Paraguay the isolated La Esperanza indigenous community lives in a landscape of grasslands, bush forest with some dry and some moist Chaco, and palm­covered savannah. The clay soils are salty, flooded in the wet season, and not suitable for agriculture. The main challenge here has been cattle ranching which has resulted in native vegetation disappearing and watercourses being deliberately blocked. The Enhlet people already play an important role in managing water availability for fauna, and this role is ever more important in the face of illegal dams and increasingly frequent water shortages. They are striving to restore native vegetation and the natural water cycle, and working to build awareness about these issues amongst local authorities and landowners. They want to make sure no new dams are built and that the old ones are dismantled.

The participating communities are all already engaged in successful initiatives to practice agroecology, save seeds and restore degraded soils and habitats, which could be expanded and replicated with the right support.

Such support needs to include backing for communities’ land rights claims. It should also focus on protecting traditional knowledge, and enabling communities to incorporate new knowledge, abilities and technologies. There is a need for more effective public policy and law enforcement, including strengthening legal support networks that defend communities against human rights violations by large industrial producers. Networking and sharing information between communities and consumers and other potential allies at the local, regional, national and global levels would also be beneficial.

The three communities all expressed their determination to stay and defend their lifestyles. They variously identified their communities’ strengths and resilience as unity, cooperation, deep cultural roots, and self­sufficiency in food production. In addition to restoring their environment, other priorities include ensuring access to land, strengthening training, education and market opportunities for agro­ecological production, especially for young people, and raising awareness about the threats posed by monoculture tree plantations. Support for all of these could help to revive resilient communities and community conservation. 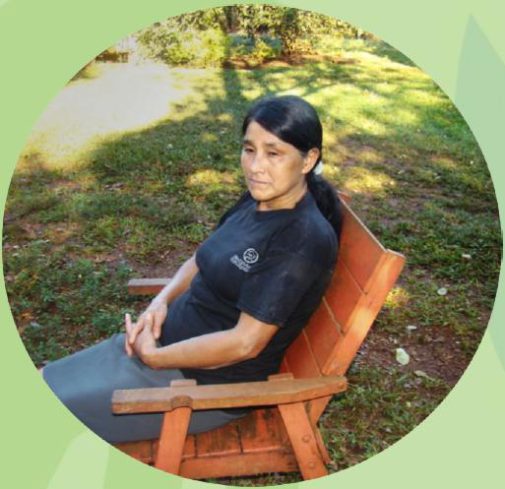 Lucia Arévalos: “I understand that as a Paraguayan citizen I have a right to health, education and resources, but I can’t access these rights, because our ability to produce food and other things is disappearing. We can’t even visit our mother who lives far away because we can’t afford it now. I want everybody to come and see what’s happening here. Soy is being planted everywhere, even right next to the creek, which is being poisoned. And where does the water go? It runs through our land, and is the root cause of all our diseases. On the lower part of our land there’s a stream we all used to bathe in, but we can’t do that any more, it makes us itch and gives us hives. People are being driven away and the schools are empty. And it’s not just us, this is happening everywhere.”