The Federation of Community Forestry Users in Nepal (FECOFUN) conducted the CCRI assessment with communities in the Barandabhar corridor, the Basanta corridor and the Panchase landscape in Nepal. Community forests in these areas, covering about 12,000 ha (DoF, 2016), are managed by 215 legally recognised Community Forest User Groups. The user groups have played a critical role in conserving the biodiversity and ecosystems in these areas.

These corridors and landscapes are socioculturally diverse and represent diverse ecosystems that Indigenous Peoples and Local Communities (IPLCs) depend for their income generation and livelihoods (MoFCS, 2014). The social mix is heterogeneous with more than 45 ethnic groups, but in general the majority are Indigenous Peoples who have rich traditional knowledge and customary sustainable use practices relating to the management of community forests (MoFSC, 2015).

The Community Forest User Groups’ rights of tenure over the forestlands and resources are recognised by the Forest Act 1993 and Forest Regulation 1995 in the form of community forests. Some of the IPLCs’ customary practices relating to forest resources have been integrated into the formally approved Forest Management Plans of the Community Forests, but in practice Indigenous Peoples are struggling to have their informal practices and other customary rights related to forest use—such as collecting non-timber forest products, shifting cultivation and grazing—recognised in the forestry legislation and forest management plans (NEFIN, 2016).

The CCRI assessment process and tools included interviews, plenary workshops, focus group discussions, individual story-telling and a literature review. Some of the participatory practices were adapted during the assessment based on the recommendations of the user group members, agencies and stakeholders.

Watch a short video about the CCRI in Nepal here: 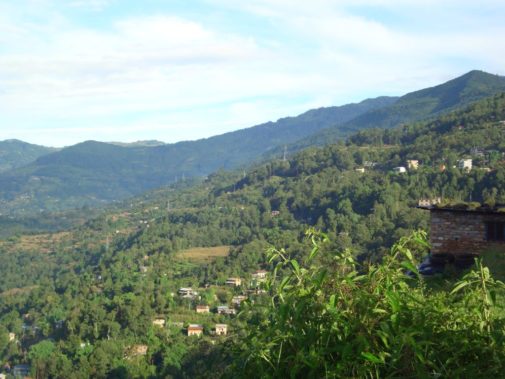 According to Nepal’s forest legislation (Forest Act 1993 and Forest Regulation 1995), the national forest can be managed in five different ways (community forest, leasehold forest, religious forest, government- managed forest and protected forest). Community forestry is supposed to be a nationally prioritised forest management regime, but in practice government agencies are reluctant to recognise this. The local communities, through the user groups, have a legal right to claim their adjoining national forests to manage as additional community forest based on this legislation. However, the Nepalese government has been reluctant to hand the national forests in these areas over to local communities as community forests, because they are a main source of revenue for central government, which auctions timber and non-timber forest products (FECOFUN, 2015).

However, after various advocacy campaigns by the local communities, including in these corridors and landscapes, the government’s District Forest Offices eventually handed over the majority of the national forest to Community Forest User Groups as community forests.

The user groups have made significant contributions to reducing deforestation and forest degradation through natural regeneration processes that promote ecosystem regeneration and are resulting in an increase in wildlife species in Nepal (MoFSC, 2016). They are conserving biodiversity and eco-systems, including in the new areas of national forest that have been handed over. For example, the communities’ efforts in the Panchase landscape have reduced soil erosion, landslides and floods and contributed to conserving the Phewa Lake of Pokhara valley, which is highly important for the promotion of eco- tourism in Nepal (UNDP, 2015).

Likewise, the community forests have contributed to controlling the encroachment of forests for other purposes. However, local communities have been negatively impacted by the expansion of protected forest areas by central government in different parts of Nepal, including in the Barandabhar and Basanta corridors.

Tenure rights are a problem in protected areas. The above- mentioned corridors and landscape were declared as protected forests in 2012, despite strong protest from local communities against this centralised decision from the government, which prioritised the protection of the forests over securing communities’ tenure rights over them. The more protection- oriented provisions in the forest management plans for the community forests in these particular areas mean that the local communities are unable to exercise their rights even though they are legally held.

Internal weaknesses include gaps with respect to gender equity and social exclusion in the executive committees of the Community Forest User Groups. This is despite the fact that some strong and beneficial policy provisions intended to ensure gender equity and social inclusion are included in the Community Forestry Development Programme Guideline (Revised 2015). This is because of many people’s limited awareness about their legal rights with respect to community forestry, which results in socially marginalised groups benefiting less from community forests.

It is also the case that even though 35% of the income from a community forest needs to be allocated for pro-poor forest dependent households in order to help them conduct income- generating activities, some user groups are allocating lower amounts in practice. The forest management plans of the community forests need to be reviewed to secure the rights of poor households over forest resources, and equitable sharing of the benefits generated from community forestry. 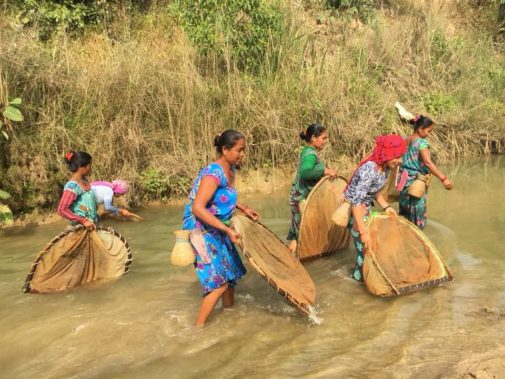 The Community Forest User Groups and their federation, FECOFUN, have been advocating for measures to address these threats and major issues, with a campaign to protect community rights over community forests at community level. The CCRI assessment has added value and supported these campaigns in an organised and effective way, including through its parallel legal review, and a strategic planning meeting of the central FECOFUN at the national level. The following strategic approaches have been designed to address the above- mentioned and other associated threats:

Legal capacity building for securing tenure rights: FECOFUN has developed a plan for legal capacity building for Indigenous Peoples and Local Communities to help secure the community rights which are guaranteed under Nepal’s forest legislation, because the local communities still have limited legal knowledge about community forest law and other legal provisions which give priority and preferential rights to local communities.

“We have spent a great deal of our time over the last twenty years conserving the seventeen community forests in this Barandabhara corridor, but the government is still hesitating about handing over the core areas of this forest to us as a community forest. Political leaders have often tried to obstruct us by going to the leadership of Community Forest Users Groups, but we have established a practice of equal leadership of women in community forest based on policy guidance and our bylaw.”

On the basis of the findings from the CCRI assessment in Nepal, fulfilling the following preliminary recommendations will strengthen community conservation:
• The remaining national forest in these three areas needs to be handed over to the local communities as community forests, so that they can control their further encroachment and restore degraded forest.
• The central government should respect the forest tenure rights of local communities as recognised in the forest legislation. Previous decisions that contradict the forest legislation should be cancelled.
• Government agencies, local governments and stakeholders including development partners should be required to provide technical and other needed support services to local communities to facilitate the revision of their forest management plan.
• The Community Forest User Groups need to revise their forest management plans and other annual plans and programmes to integrate gender equity and social inclusion into community forestry and secure the equitable sharing of benefits generated from community forests for poor households.
• FECOFUN needs to strength its local FECOFUN branches to sustain advocacy campaigns at community level and secure community rights over the forest resources.
• The legal capacity of the user groups needs to be strengthened through a legal awareness programme at community level to empower communities to advocate for the expansion of community forests.
• There are many success stories showing how the Community Forest User Groups’ work at the community level is instrumental to achieving the Sustainable Development Goals, and local communities’ ambition to share their success stories in international policy spaces should be supported and facilitated.

This summary is based on a full CCRI report about the communities’ conservation resilience assessment in Nepal, which can be found here.