Biodiversity and Livelihoods under Attack from Industrial Bio-economy Strategy 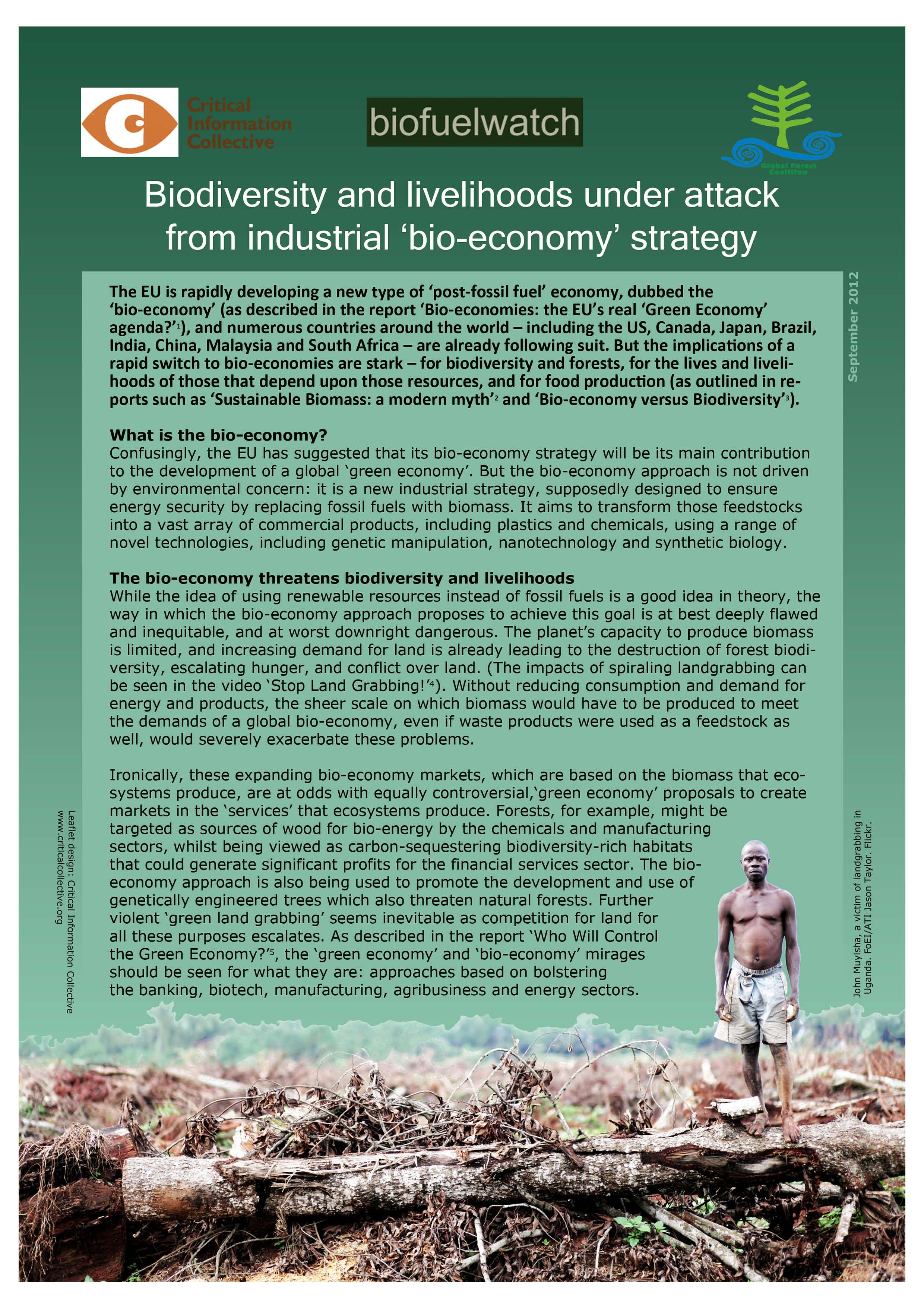 The EU is rapidly developing a new type of ‘post-fossil fuel’ economy, dubbed the ‘bio-economy’ (as described in the report “Bio-economies: the EU’s real ‘Green Economy’ agenda? 1), and numerous countries around the world – including the US, Canada, Japan, Brazil, India, China, Malaysia, and South Africa – are already following suit. But the implications of a rapid switch to bio-economies are stark – for biodiversity and forest, for the lives and livelihoods of those that depend upon those resources, and for food production (as outlined in reports such as ‘Sustainable Biomass: a modern myth’ 2 and ‘Bio-economy versus Biodiversity’ 3).