To mark this international day of struggle against monoculture tree plantations, we are publishing a striking photo essay about the role of eucalyptus plantations in Portugal’s awful forest fires, as well as an opinion article in the Ecologist Magazine. In it we emphasize the importance of conserving and restoring natural forests.

Click here to see the op-ed by Oliver Munnion

The role of eucalyptus plantations in Portugal’s awful forest fires

Here are some photos for this international day of struggle against monoculture plantations: 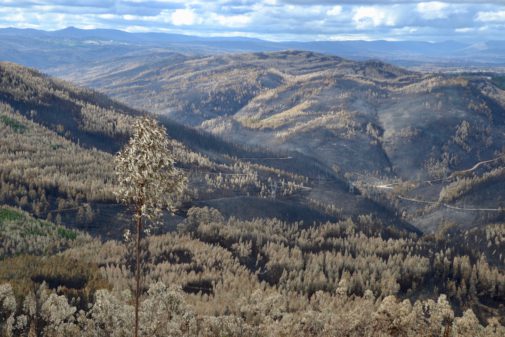 Burnt landscape in the aftermath of the fires | Around 70% of the area that burned in June was covered in eucalyptus and pine monoculture plantation. Photo credit: Domingos Patacho 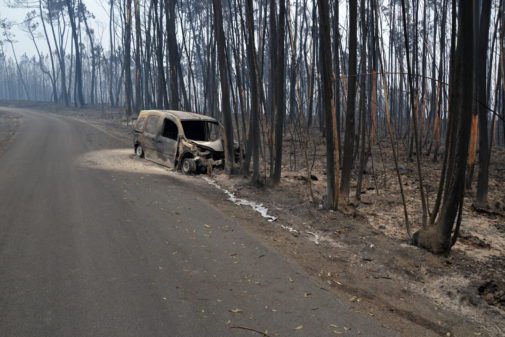 A car that melted to a halt | The car owner Mário from Pedrogão Grande who ran away after abandoning the car was found dead nearby. In this photo, molten aluminium from the car engine is seen flowing down the edge of the road, which is flanked by eucalyptus plantations. Temperatures were high enough to melt aluminium, which has a melting point of 660 degrees Celsius. Photo credit: Domingos Patacho 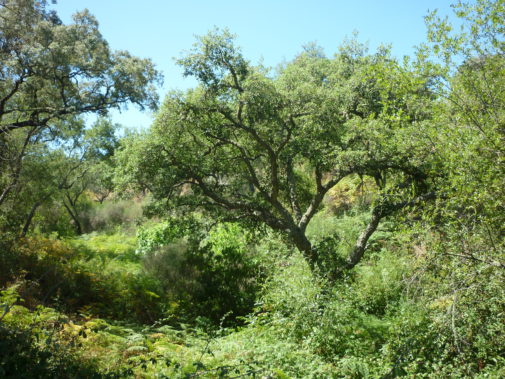 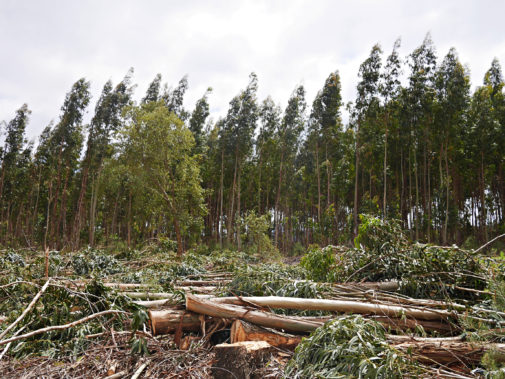 Proportionally, Portugal now has more eucalyptus than anywhere in the world | Vast plantations cover huge areas of the central and northern regions of the country. The powerful paper and pulp industry lobby has opposed any regulatory efforts to contain how it is planted. As a result, ineffective forestry policy allows illegal plantations and ignores fire safety precautions, such as safe distances from houses and roads. Photo credit: Allysse Riordan 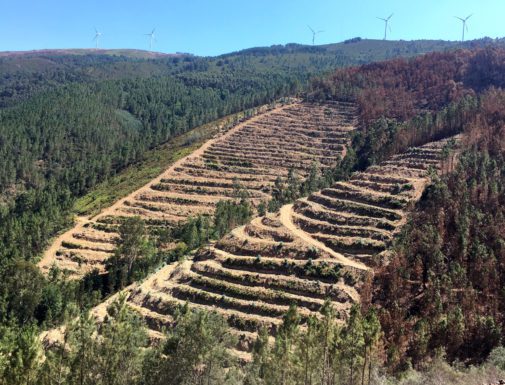 Eucalyptus causes much environmental damage | When eucalyptus is planted the land is ploughed on contour, with the topsoil and any plant life literally bulldozed away. Eucalyptus plantations are “green deserts”, they exhaust the soil, out-compete other plant life, and can’t support wildlife. They dry up scarce groundwater, vital to communities in the summer, and they are highly flammable, spreading forest fires over great distances. Photo credit: Ashlesha Khadse 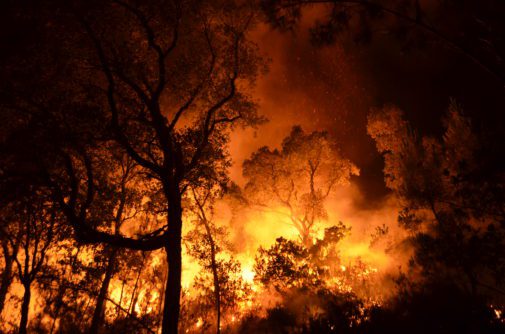 Wildfires in central Portugal  | On 17th June a dry thunderstorm ignited a forest fire in central Portugal, already parched from an intense heat wave and severe drought. It quickly spread over nine different municipalities and took a week and vast fire-fighting resources to extinguish. Sixty four people lost their lives, mostly trying to flee the fires in their cars, on roads flanked by eucalyptus plantations. Photo credit: Margus Kurvitis 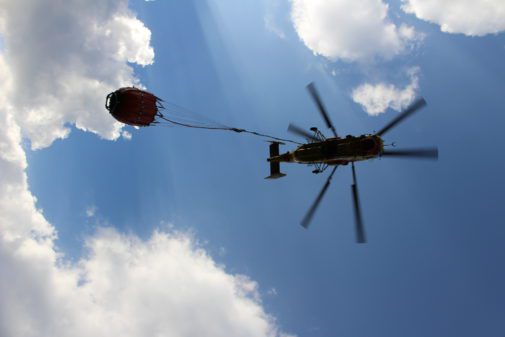 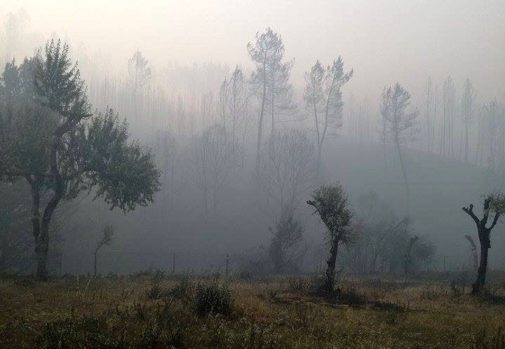