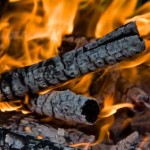 Montreal, Canada– Today, at a meeting of the Convention on Biodiversity[1], Global Forest Coalition[2] and Biofuelwatch[3] will launch a new report highlighting the impacts of expanding use of wood for generating industrial scale electricity and heat[4], especially in Europe and North America. The report points to EU demand where both dedicated biomass facilities and conversion of coal plants to biomass are resulting in a new international trade in wood pellets. Estimates are that the UK alone will burn pellets made from 82 million tonnes of wood, eight times the country’s total domestic wood production. Most pellets are now being imported from forests in the southern USA and British Columbia, Canada, but other regions are being eyed as potential future sources.

Recent investigations revealed that pellet producers supplying European demand were rampantly escalating deforestation and biodiversity destruction.  In the Southeast US, pellets are being sourced from rare Atlantic coastal wetland forests, not pine plantations as was previously assumed due to the requirements of UK biomass facilities for pellets made from older hardwoods [5].

Of additional concern is the pollution from biomass burning.  “Industry keeps on repeating their mantra that burning trees for electricity is “clean” and renewable”, but carbon emissions measured at smokestacks from wood bioenergy facilities are up to 50% worse even than for coal [6].  Wood bioenergy also enables ongoing coal use when it is used in conjunction with coal (cofiring) rather than as an alternative. There are also emissions from logging, transportation, soil disturbance, impacts on hydrological cycles, and direct and indirect land conversion, and wood bioenergy ranks among the worst energy choices in terms of climate impacts.  Add to this the damage to the health of people living near these facilities [7], and it certainly should not be subsidized as “renewable”, said the report’s author, Rachel Smolker, codirector of Biofuelwatch.

But the impacts on people go beyond the pollution.  “Wood bioenergy is providing incentives to expand industrial tree plantations. That means more “green land grabs” as people are displaced [8] and biodiversity is destroyed. In line with the Strategic Plan for the Biodiversity Convention governments should redirect subsidies and other incentive schemes to more sustainable alternatives that promote energy and food sovereignty and forest conservation initiatives by communities and Indigenous Peoples”, said Simone Lovera, executive director of the Global Forest Coalition.

The report highlights the impacts on forests and biodiversity, and is being launched in conjunction with the U.S. biomass industry’s “National Bioenergy Day” on Oct 17th. A network of North American activists has launched a counter event, “Bioenergy Truth Day” and is encouraging people to contact their representatives and demand that legislation intended to open up federal lands for biomass logging under the false pretense of “restoration” and “wildfire prevention” be halted.

[1] The 17th meeting of the Subsidiary Body on Scientific, Technical and Technological Advice of the Convention on Biological Diversity is taking place from 14 to 18 October in Montreal, Canada

[3] Biofuelwatch, based in the UK and USA works to raise awareness of the negative impacts of industrial biofuels and bioenergy on biodiversity, human rights, food sovereignty and climate.

[4] The report is available in English on https://globalforestcoalition.org/wp-content/uploads/2013/10/GFC-wood-bioenergy-update-FINAL-OCT.pdf

[6] Wood is less energy dense and burns inefficiently, hence more carbon is released per unit of energy generation. Various studies have shown that burning trees for electricity results in a “carbon debt”, i.e. that it may take decades or even centuries for new trees to reabsorb the same amount of carbon that is released on burning. (for more information, see: http://www.biofuelwatch.org.uk/2013/resources-biomass/

[8] S. Wunder, T. Kaphengst, K. Timeus, and K. Berzins, “Impact of EU Bioenergy Policy on Developing Countries,”Parliamentary briefing EP/EXPO/B/DEVE/2011/FWC/2009-01/LOT 5/21, Directorate-General for External Policies of the Union, March 2012. www.europarl.europa.eu/committees/fr/studiesdownload.html?languageDocument=EN\&file=72731 warns that in fact many countries regarded as potential future wood suppliers for Europe are precisely among those that have high levels of foreign private sector investment in land and little protection for communities faced with eviction, including for example, Cameroon, Ghana and Mozambique. A report from IIED Biomass energy: Another driver of land acquisitions? http://pubs.iied.org/pdfs/17098IIED.pdf states: “As governments in the global North look to diversify their economies away from fossil fuel and mitigate climate change, plans for biomass energy are growing fast. These are fuelling a sharp rise in the demand for wood, which, for some countries, could outstrip domestic supply capacity by as much as 600 per cent.”