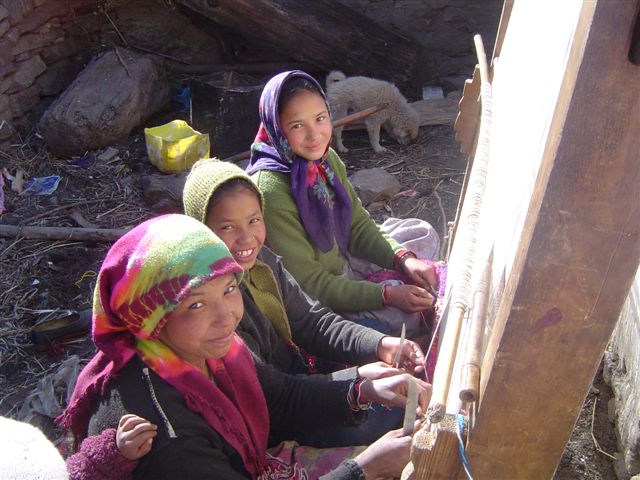 The term ‘ecotourism’ was coined by a marketing agency promoting Costa Rica as a holiday destination; since then ecotourism has been seen as a niche market by the tourist industry and its backers.

“environmentally responsible travel and visitation to relatively undisturbed natural areas, in order to enjoy and appreciate nature (and any accompanying cultural features – both past and present) that promotes conservation, has low negative visitor impact, and provides for beneficially active socio-economic involvement of local populations.”

Ecotourism is undoubtedly big business across the world. When the United Nations Environment Programme (UNEP) designated 2002 as the International Year of Ecotourism, it received vociferous support and sponsorship from the tourism industry and travel associations. The reason was simple. ‘Ecotourism’ was the magic mantra that enabled the tourism industry to pacify critics by using the language of conservation – under the guise of managing tourism’s adverse environmental impacts – without compromising on profits.

But the resulting ‘greenwash’ has been starkly evident to many communities and groups in developing countries who have been on the receiving end of ecotourism. Many have registered their protests and concerns with UNEP and the organizers of the International Year of Ecotourism. However, despite these efforts ecotourism continues to be a popular concept amongst governments and industry.

Even though the CBD itself cautioned that tourism “operators are very likely to ‘export’ their adverse environmental impacts, such as refuse, waste water and sewage, to parts of the surrounding area unlikely to be visited by tourists” (this quote is from decision V/25 of the 5th Conference of the Parties, as are all the quotes below), governments have been actively promoting ecotourism as a market-based conservation mechanism ever since.

It should be emphasized that ecotourism and sustainable tourism are two different things, even though there is a tendency to use the terms interchangeably. Ecotourism is based on the assets provided by an attractive natural landscape, but it is not necessarily sustainable in terms of using less water, energy and other natural resources. The social criteria applied to ecotourism projects can be even more uncertain. Yet, all over the world small- and large-scale ecotourism enterprises have been sprouting up, partly as a result of active promotion by government agencies, including nature conservation departments.

In countries like India, governments are actively promoting ecotourism as an economic sector that can thrive in remote, ecologically sensitive areas of the country that have little infrastructure, such as the Andaman Islands.

Yet – especially in a country with staggering rates of economic growth and a rapidly widening the gap between rich and poor – there is a severe risk that tourism development in isolated natural areas, where the main economic activity of communities is mostly subsistence and non-monetary, will lead to social tensions, loss of cultural values, prostitution and wide-spread biodiversity destruction.

The debate about ecotourism continues. The fifth Conference of the Parties (COP-5) to the CBD, in 2000, for example, saw extensive discussion about the negative and positive impacts of tourism on biodiversity. The CBD stated that:

“Historical observation indicates that self-regulation of the tourism industry for sustainable use of biological resources has only rarely been successful.”

The CBD also recognized that it is extremely hard for communities to compete in a market that is “fiercely competitive” and “controlled by financial interests located away from tourist destinations.” Also, negative impacts on local communities can be significant as “operators are very likely to ‘export’ their adverse environmental impacts, such as refuse, waste water and sewage, to parts of the surrounding area unlikely to be visited by tourists.”

However, despite a number of such cautionary statements about the many things that can go wrong when tourism is promoted in biodiversity-rich areas, the CBD still observed that:

“tourism does present a significant potential for realizing benefits in terms of the conservation of biological diversity and the sustainable use of its components.”

So, despite acknowledging the inherent limitations of voluntary approaches, governments negotiating in the CBD subsequently embarked on a process to elaborate voluntary guidelines for Biodiversity and Tourism Development, which were adopted by the 7th Conference of the Parties (COP-7), in 2004. The need to involve Indigenous Peoples and local communities in tourism development is mentioned in these guidelines, but only as a voluntary measure.

Please refer to Life as Commerce : how market-based conservation impact on community governance for the summary case study or the full report on Ecotourism in India.