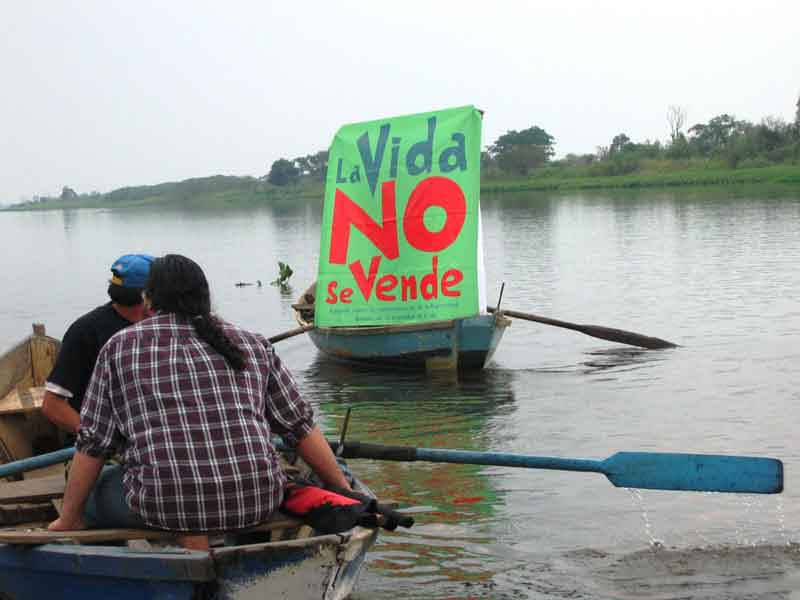 They argued that paying landholders for forest conservation, by allowing them to sell the carbon stored in these forests as emission reduction credits, would provide an important incentive for conservation.

The US was able to influence the shape and nature of climate change negotiations from the start, when other countries were still hopeful that the US would commit itself to obligatory greenhouse gas reductions. This is an important reason why these market-based approaches were incorporated into the UNFCCC’s Kyoto Protocol.

The argument for carbon sinks has been enthusiastically embraced by the forestry sector, which realized that a carbon market could provide additional income for their commercial forestry operations. Plantation companies have been particularly active in promoting the inclusion of ‘reforestation’ and ‘afforestation’ projects in international carbon trading, including between industrialized countries and developing countries. Many of these take place through the Clean Development Mechanism (CDM).

The CDM is an arrangement under the Kyoto Protocol that allows industrialized countries to invest in projects that reduce emissions in developing countries as an alternative to more expensive emission reductions in their own countries. Carbon sinks are also supported through the so-called voluntary carbon offset market outside the Kyoto Protocol, and World Bank initiatives like the Biocarbon Fund.

However, at the 11th Conference of the Parties to the UNFCCC, in 2005, a number of developing countries reintroduced the proposal to include some form of incentives for reduced deforestation in the next phase of the climate change regime (the period after 2012).

As a result, negotiations to include a further area – projects that focus on Reduced Emissions from Deforestation in Developing countries (REDD) – are now underway in the UNFCCC. The big question is whether these incentives will take the shape of a market-based mechanism like emissions trading, or a publicly-governed mechanism like a fund.

Please refer to Life as Commerce: how market-based conservation impact on community governance for summary case study and further details or the full report on Carbon sinks in Colombia .