Report from the CCRI Workshop in Panama

The Kuna are indigenous peoples who reside in different parts of Panama and the north of Colombia but most of them live in the Indigenous Region of Kuna Yala, many in small and scattered islands. In 1925 and after the Kuna Revolution, the Panamanian government recognised their rights to self-governance and autonomy to manage their lands and territories, this being a quite unique situation among indigenous peoples in Latin America. 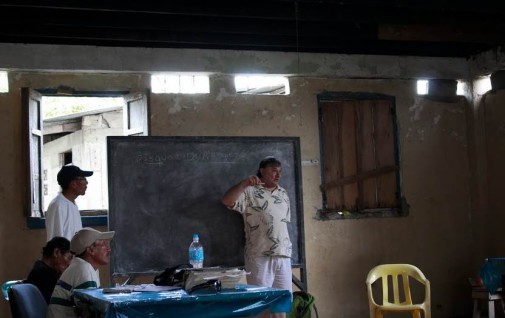 As the Saglas (the community’s chief) and other community members explained, they see humans as part of nature and not its owners, and they have a strong connection with the ecosystems and forests that surround them. In addition, they rely on forests because from them they obtain food, medicine and materials to build their houses, among other things. Therefore they are well aware of the importance of treating nature with respect and managing those forests, as well as other ecosystems, in a sustainable manner for their survival and that of future generations. 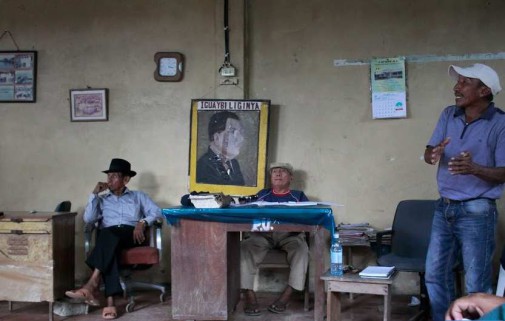 But Kunas are already facing the effects of climate change, the sea level has risen during recent years,

and they reported changes in the wind and rain patterns. The rainy season starts in May and as an example this year it didn’t rain until the third week of July so the corn fields have been ruined.

In order to identify what the Kunas see as the main threat to their community, and within the CCRI context, a workshop in the Usdub community was organised for the 23-24 July 2015 where members of different Kuna communities attended with great interest. This workshop aimed to listen and compile the threats they have identified regarding the conservation of forests and biodiversity as well as potential solutions and strategies to overcome those threats. 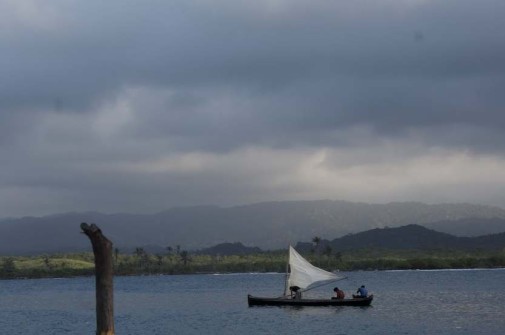 Interestingly, all attendants pointed out that they feel a weakening of the Kuna culture and identity which is a critical threat to the community—mainly among the youngest members. The cause of this threat was attributed to Western influence in the area which is brought into the community by people that have to leave the community temporarily, such as those seeking higher education.

They think that reinforcing the Kuna culture among the younger members is critical so that they can learn about forests, how to use them in a sustainable manner, and the need to preserve them. By doing this they can strengthen their Kuna heritage and culture at the same time. It was also pointed out that the women’s role is very relevant to this goal. Women are the ones who spend more time with the children and hence they are fundamental in passing on the traditional knowledge of the Kunas. 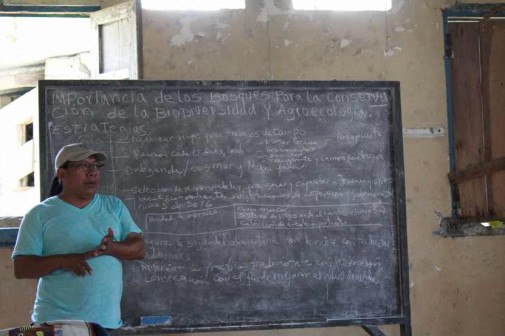 To achieve this goal, they agreed that the best option would be to have a pilot plot where different existing and/or planted species could be found, and to take the children there, to spend some time in contact with nature while learning about the relevance and potential uses of the various species. The workshop attendants also placed a lot of emphasis on the need to make a collective effort involving all members of the community able to contribute to this initiative.

They all were very excited about the promising project that they developed and decided to start with this initiative as soon as possible, so we will probably have good news within the next few weeks about the progress made by the Kunas regarding their efforts to preserve their forests.