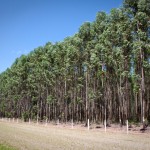 Nagoya, Japan, 18 October 2010 -Environmental and social justice groups warn that incentives for wood-based bio-energy will trigger dramatic biodiversity loss, as forests and grasslands are converted to monocultures.  The groups urge governments to immediately end subsidies and other support for bio energy production.

Several studies [1] have confirmed that the current target to reduce the rate of biodiversity loss by 2010 has not been met. Present policies have failed to halt habitat-loss and reduce pressures on species and ecosystems.

While tougher actions are needed, the Global Forest Coalition [2] warns that policies allowing an increase in the use of bio-energy will inflict more damage to ecosystems, natural habitats, water catchments, and communities that depend on access to biodiversity resources.

“Opening up markets for bio-energy, including woody biomass, will increase deforestation in Southern countries”, says Simone Lovera, executive director of the Global Forest Coalition.
“It also drives conversion of these forests into monocultures of dangerous, exotic and invasive plants which could potentially include genetically engineered trees if industry has its way.”

As the expansion of plantations, whether of trees or other monocultures, inevitably comes at the expense of ecosystems, subsidies and incentives for bio-energy production should be removed. Governments should instead invest in wind and solar power, as these renewable energy forms produce many times the energy from fuel crops on the same amount of land, while dramatically reducing the demand for dirty energy in Europe and North America.

While European governments say most bio-energy feedstock will be sourced from within the EU, there are not enough resources to meet the demand. Imports will be inevitable and it is already happening.  New tree plantations are being set up in West Papua, the Republic of Congo, Brazil and Guyana, specifically to satisfy new demand for woodchips and pellets for bio-energy in the North. [3]

“Monoculture plantations destroy biodiversity and mean local people being evicted from their land. If we continue like this, all remaining forests and grasslands will be gone in 2065”, continues Lovera.  [4]

Camila Moreno of Friends of the Earth Brazil, states that demand for biomass is a demand for land.

“Demands for land outside Europe to be converted to grow crops for bio-energy are threatening Brazil’s natural biodiversity.”

Brazil leads the world in agrofuel exports, and the National Policy on Climate Change heavily supports the expansion of plantations as a way of increasing “forest cover” and reducing “net” deforestation.

“Tree plantations are called green deserts by social movements as they do not provide habitat for flora and fauna and lead to the displacement of local communities. Their expansion causes land conflicts and frustrates land reform and food sovereignty”, Moreno continues.

Camila Moreno
Friends of the Earth Brazil
cc_moreno@yahoo.com
Camila Moreno is available for interviews during the CBD COP 10 in Nagoya, Japan

[2] The Global Forest Coalition (GFC) is an international coalition of NGOs and Indigenous Peoples’ Organizations defending social justice and the rights of forest peoples in forest policies.

The Global Forest Coalition (GFC) is an international coalition of NGOs and Indigenous Peoples’ Organizations defending social justice and the rights of forest peoples in forest policies. www.globalforestcoalition.org