Externalised costs and the harmful effects of industrial tree plantations need to be far better understood by governments in Africa and elsewhere around the world. The numerous social problems and negative environmental impacts caused by expanding tree plantations in developing countries in the South are driven mainly by high demand for throw-away paper products and packaging used or wasted by ordinary people and businesses in affluent Northern countries.
However additional new demand for plantation biomass as a fuel for power stations and other energy-intensive industrial processes is now causing unprecedented pressure on African land and water resources. Globally the timber industry has responded to this increased demand for wood and other tree derived industrial substances such as chemical cellulose, by further increasing the area under tree plantations, especially in remote regions where community awareness of their negative impacts is low, and there is limited political understanding or oversight. Countries being targeted in Africa include Mocambique, Tanzania, Uganda, South Sudan and the Democratic Republic of Congo. 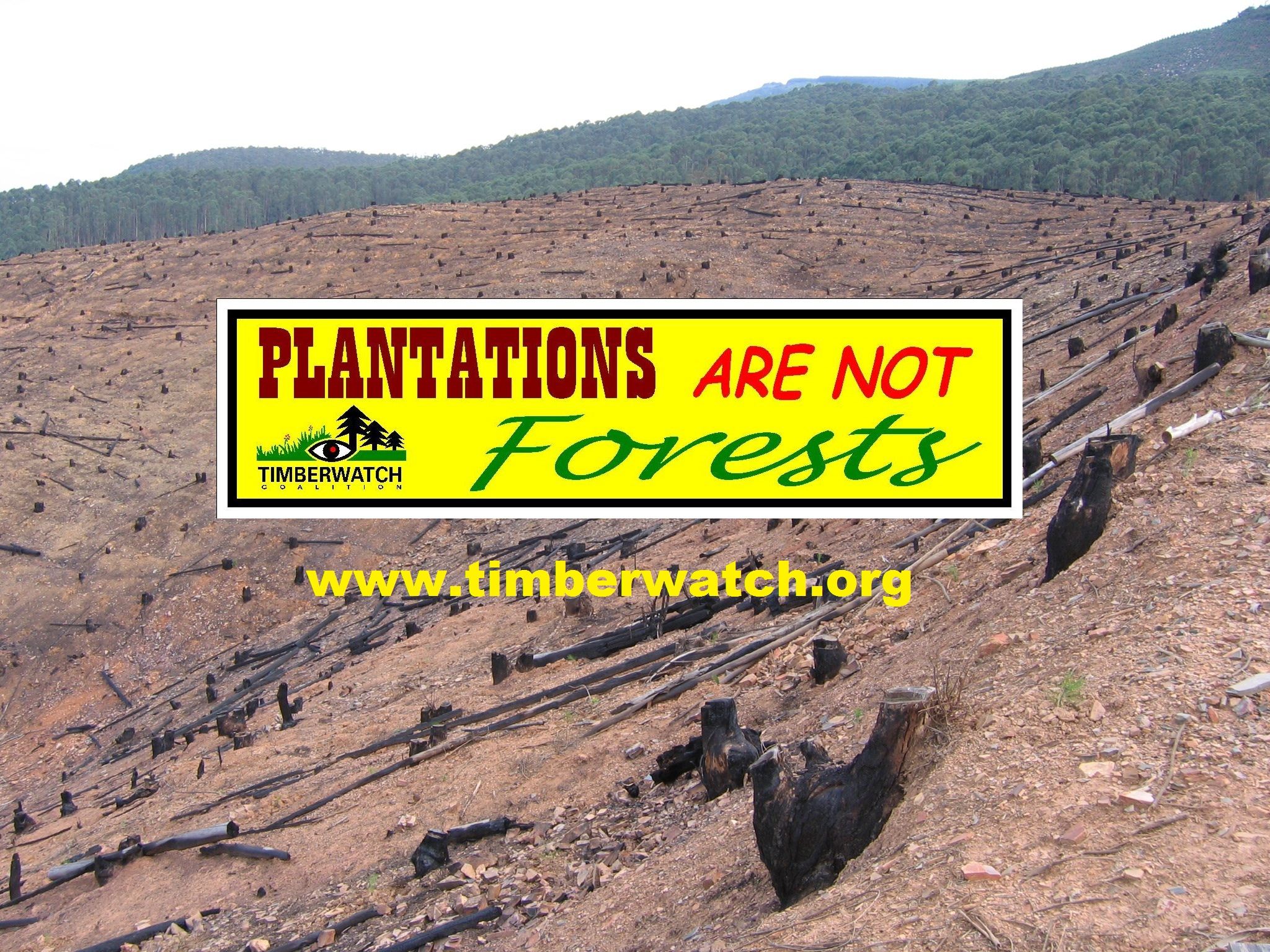