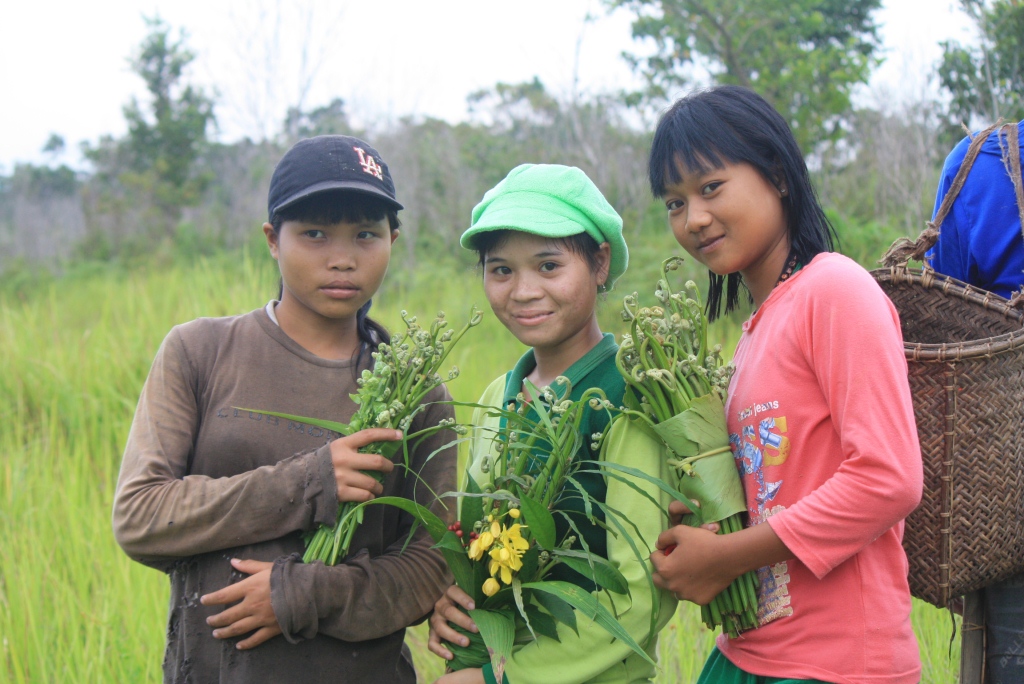 A new report [1] by the Global Forest Coalition [2] was launched at a side event on equity in climate mitigation policies organized by GenderCC at the climate talks in Bonn, Germany [3]. The report highlights the serious negative impacts that the proposed new ‘bioeconomy’ and existing markets in ‘environmental services’ could have on women around the world.

The report shows how ‘green’ policies designed to address the different crises we face, tend to gravely impact rural and indigenous communities, and have contributed to land grabs across the world. ““Both natural resources and ecosystem functions represent common goods on which many rural and indigenous women and their families depend directly; due to women’s differentiated role in the sustainable use and conservation of natural resources, they carry out important contributions but these are overlooked, triggering the further marginalization of women and contributing to the feminization of poverty” states Isis Alvarez, lead author of the report. “It is women who are affected the most as patriarchal systems persist in most societies across the world; these do not recognize women’s rights to own land even if they are the ones who work the land, cultivate it and depend on it for their own and their families’ subsistence”, continued Alvarez.

Similarly, the proposal to develop bioeconomies (a term used to refer to industrial bioeconomies based on plant materials rather than fossil fuels) continues at a fast pace in order to fulfill the demands of industrial production. The bioeconomy approach to using plant materials instead of fossil fuels in manufacturing and the production of heat and energy will create an unprecedented increase in demand for all biological resources.

Simone Lovera, GFC’s executive director, who is currently attending the Bonn climate talks, adds, “Burning forests and other ecosystems for bioenergy is the worst climate change mitigation strategy one can think of. Governments in Bonn have paid lip-service to the need to address the drivers of forest loss this week, but the EU, the US and other countries refuse to revoke the bioenergy targets and subsidies that directly and indirectly drive the massive conversion and degradation of forests all over the world. Women are the particular victims of this trend, not only because they are the first to be affected by the higher food prices, land grabbing and air pollution caused by bioenergy, but also because they are more dependent upon free access to forest resources for family needs.”

The report also touches upon controversial issues such as ‘technofixes’ being promoted under the bioeconomy approach. These include genetic modification, synthetic biology, and geoengineering, technologies that, in the absence of a regulatory framework, represent grave threats to the environment and humanity. “Indeed, these do represent important profit opportunities to many of the same actors that are already part of the ‘juicy’ fossil fuel business”, concludes Alvarez.

[3] The side event “The Social Dimension of Climate Change Mitigation in Developed Countries – Tackling the Fairness Gap” will be organized by genderCC on 12 June at the meetings of the Subsidiary Bodies to the UN Framework Convention on Climate Change, which take place from 3 to 14 June in Bonn Germany.