Staking claim to our future: Women in Sustainable Development

RIO DE JANEIRO (JUNE 13)- It is now the final countdown to Rio+20, the Conference on Sustainable Development, taking place next week in Rio de Janeiro. Over 20,000 people are expected to convene, with government delegates tasked to negotiate the sustainability, equity and viability – really, the possibility – of the future. It is an opportunity that cannot slip by, the importance of which cannot be overstated.

WEDO, a proud part of the Women’s Major Group facilitated by Women in Europe for a Common Future (WECF), Voices of African Mothers (VAM) and Development Alternatives with Women for a New Era (DAWN) and in partnership with hundreds of women’s organizations and networks the world over, has joined its voice with women, gender equality champions and human rights activists around the globe to insist on an ambitious outcome of Rio+20 that reflects not only the urgency of the current global crises, including of food, fuel and climate, but the commitment to finding, funding and implementing solutions.

“There is literally no more time to waste,” according to Eleanor Blomstrom, WEDO’s Program Coordinator and Rio+20 focal point, on Monday. “We get on a plane tonight to Rio, and when we land there, I hope we feel the momentum in the streets. This is one of the most important conferences in my lifetime – and in my daughter’s.”

Governments have met now several times in New York for preparatory rounds of informal negotiations. Wide divergences still exist, and too much content in a massive negotiating document – optimistically if not very realistically entitled The Future We Want – will not last through the next days. The gender equality and women’s ­­rights language is among that in the most precarious position – and WEDO and partners are fighting to keep it intact.

“The blueprint for sustainable development, imperfect as it may have been, was established twenty years ago – and it included an unprecedented understanding and reflection of women’s and gender equality concerns,” said WEDO Executive Director Cate Owren. “Our first goal going into Rio+20 is to urge ambition toward a strong overall outcome that goes beyond mere promises and commits action. But a close second is to protect that gender language our predecessors secured. In other words, we intend to build on that important foundation and not tolerate a roll-back of time, or a roll-back of rights.”

Support from widespread high-level leadership and the persistence of civil society voices has so far safeguarded language related to women’s priority issues in a two-fold manner: first, that realizing gender equality is a critical cross-cutting issue that needs to inform action on all other aspects of sustainable development, and second, that women, as they remain disproportionately marginalized and disadvantaged, still need special attention. In areas such as climate change, forests, land tenure, jobs and a social protection floor, women’s specific needs and capacity must be taken into consideration in planning, programming and funding.

In fact, strictly counting the text references, negotiators have included gender and women’s issues more than fifty times over nearly 30 paragraphs – devoting an entire subsection to gender equality, as well. This is momentum that WEDO and others are committed to sustaining; the Women’s Major Group, including dozens of  women’s organizations, networks and activists, will continue to strategize, mobilize and lobby daily to ensure the most critical texts remain through every incarnation of the document over the next two weeks.

And if the outcome document becomes too watered down?

“It is hard to say what we will do,” says Blomstrom frankly. “All of us, all stakeholders in this process, want to see a strong outcome. But are a few words on gender equality going to save an otherwise worthless document? Absolutely not. That is not at all the point of our years of work on this.” 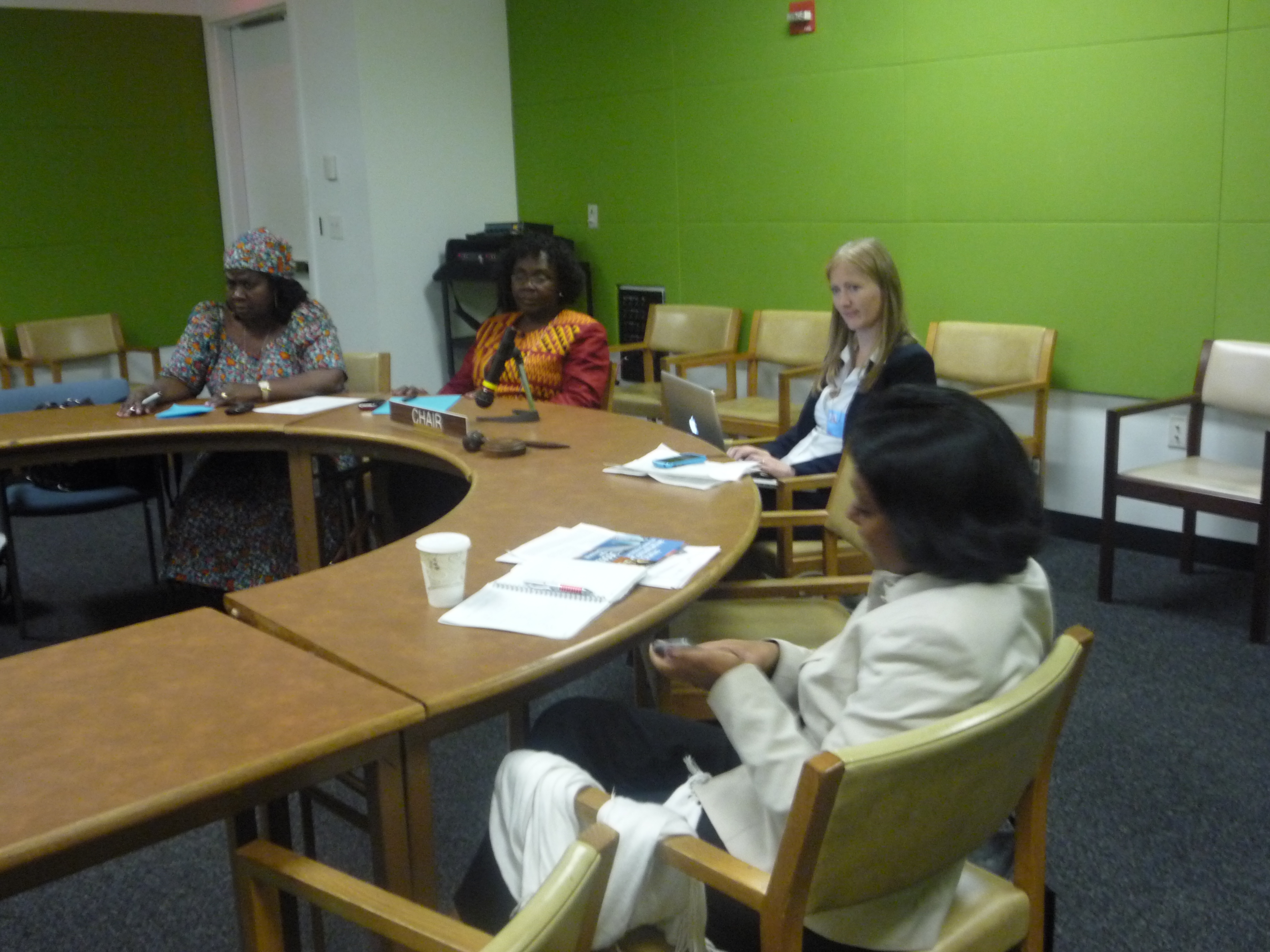 Regardless of the outcome of Rio+20 next week, WEDO is committed to celebrating real progress toward gender equality and sustainability so far, embracing the momentum and power of women’s organizing, and not delaying in looking ahead to the post-2015 development debate. Women’s organizing for a healthy and peaceful planet, catalyzed at the Earth Summit in 1992, must continue to influence the sustainable development framework – and that in turn must shape the post-2015 paradigm and plan.

“When in doubt, we keep the words of our founder, the inimitable Bella Abzug, close at hand,” says Owren: “‘Change is not about simply mainstreaming women. It’s not about women joining the polluted stream. It’s about cleaning the stream, changing stagnant pools into fresh, flowing waters.’ That’s a well-known favorite. And then there’s my favorite: ‘no one ever said it would be easy’.”