Press Release: GMO Trees and the Green Economy: Green Deserts for All? 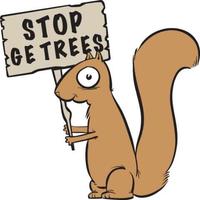 Rio de Janeiro, Brazil–While the highly controversial “Sustainable Energy for All” initiative [1] is underway today at Energy Day at the Rio+20 Conference on Sustainable Development, the international STOP GE Trees Campaign [2] is demanding a global ban on the release of destructive and dangerous genetically engineered trees (also called GE trees, GMO trees or GM trees) into the environment.

Brazil is one of the most active countries in promoting the development of GE trees for the production of “renewable” bioenergy.

“Much of the research on GE trees in Brazil is focused on eucalyptus trees, which are being engineered for faster growth, and for modified wood qualities–such as increased cellulose and decreased lignin content.  These engineered traits will facilitate the production of wood-based bioenergy”, stated Isis Alvarez of Global Forest Coalition. [3]

“The dramatic and dangerous impacts of non-GMO industrial eucalyptus plantations are well documented and include invasiveness, desertification of soils, depletion of water, increased threat of wildfire and loss of biodiversity”, stated Anne Petermann, Executive Director of Global Justice Ecology Project and Coordinator of the STOP GE Trees Campaign.  “Eucalyptus trees are not native to the Americas and they inhibit the growth of native vegetation.  In Brazil, these plantations are called Green Deserts because nothing can grow in them.  Now they want to engineer them, which will make them even more destructive”, [4] she added.

Industrial tree plantations in Brazil are now officially more than 7 million hectares, most of it eucalyptus. Plans of the Brazilian government over the past 10 years have been to more or less double the plantation area to around 11-14 million hectares by 2020, it has even proposed to “reforest” the Amazon rainforest with eucalyptus plantations. These plantations have displaced native forests, grasslands or agriculture; or were grown on the lands of Indigenous Peoples, forest dependent communities [5].

In the United States, the GE tree company ArborGen is engineering eucalyptus trees to tolerate freezing temperatures.  Global Justice Ecology Project joined non-GMO organizations and forest protection groups to sue the US Department of Agriculture to stop the development of these non-native GMO trees in 2010. [6]

“Here in Brazil there has been fierce opposition to destructive eucalyptus monocultures, or Green Deserts”, said Winnie Overbeek, Executive Secretary of the Uruguay-based World Rainforest Movement. “Creating GMO cold-tolerant trees is extremely dangerous. This will allow the expansion of monoculture plantations to other regions of the world, increasing the destruction of Green Deserts into new untouched environments and communities”.

“While monoculture giants such as the Brazilian Suzano Papel e Celulose begin an advanced trial of genetically engineered trees with the goal of helping reach the global ‘demand’ on bioenergy, EU Renewable Energy policies are accelerating the demand for wood for bioenergy, for example through strategies like the goal of the UK to import 80 million tonnes of wood pellets, mainly from the US, Canada and Brazil for biomass energy production”, [7] stated Joanna Cabello of Carbon Trade Watch, a member of the No REDD Platform.

For all of these reasons, the genetic engineering of eucalyptus trees for faster growth to meet the rapidly increasing demand for bioenergy–which will be further exacerbated by the Green Economy–threatens to expand eucalyptus monocultures, and accelerate the destruction of the last of the world’s forests.

[6] Analysis of the State of GE Trees and Advanced Bioenergy

[7] Nothing Neutral Here: Large-scale biomass subsidies in the UK and the role of the EU ETS